Do Lelouch and CC End Up Together in Code Geass Explained

By Madalena Daleziou | More Articles EpicStream Writer has loved fantasy books and films since she was a child, which prompted her to study a Masters in Fantasy Literature and make some magic with words.
September 01, 2021  01:13 PM

It’s been more than a decade since Code Geass (the main series at least) finished airing, but Lelouch vi Brittania steadily remains the #1 most beloved anime character, with 141,813 MyAnimeList users having marked him as a favorite. As such, his complex mind games and resolution to crash the empire that birthed him are still discussed by fans. So are his romantic relationships, with C.C. and not only.

Code Geass is one of these anime that offer fertile ground for ships. The Sunrise show features a huge cast of three-dimensional characters, and their romantic lives aren’t always conclusive, so fans are free to decide who they would like best as a partner for their favorite character.

You absolutely don’t have to like romance and shipping to watch the anime, but if you do, there will be some extra fun in trying to figure out whether Lelouch will end up with his partner in crime, C.C., or with another character. Find out more below. As always, spoilers ahead.

Do Lelouch and C.C. End Up Together? 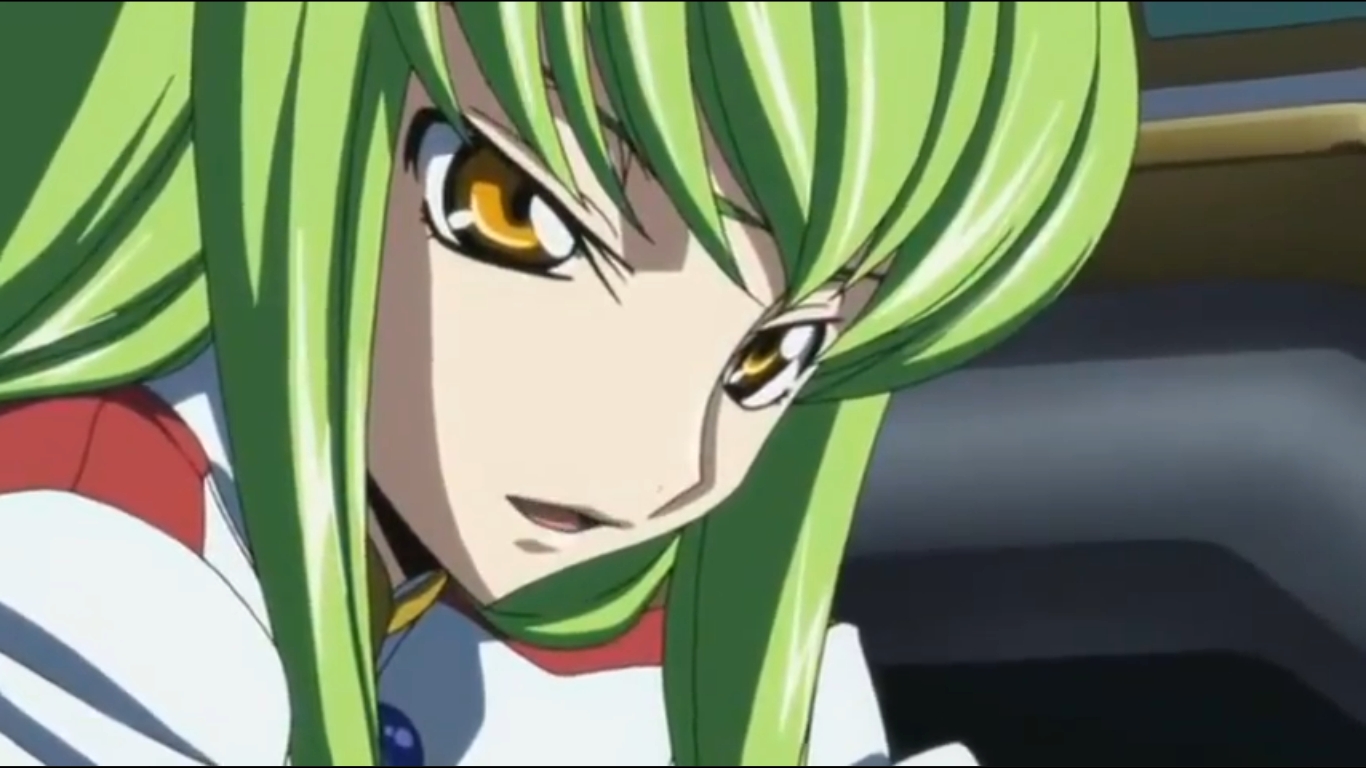 Lelouch meets C.C. at what he considers his lowest point; when he hated the injustice and violence of the world he lived in, and yet felt powerless to advocate change, being an exiled prince of the very empire he despised.

Of course, selfish desires, such as revenge for his mother’s death and sister’s trauma, and his wish to make the latter happy were just as strong in him, if not stronger. Either way, the fact remains that he had no tools to achieve his goals. C.C. changed that.

In Episode 1 of Code Geass, Lelouch got caught in a terrorist attack and was about to be shot. C.C. apparently took the bullet for him. In the process she gifted him with the “Power of Kings,” the titular Geass, which gave him the ability to make each person in the world obey one command of his. Being a genius mastermind, this was all Lelouch needed to change the world.

Much to his surprise, he found C.C. alive and well, and perfectly comfortable in his house, not too long after. Throughout the anime, she becomes Lelouch’s second in command and the only person to know he’s been behind Zero’s mask since day 1.

As such, C.C. became the only person he could confide in, and the only one to know his true self. At first, the immortal C.C. wanted Lelouch to kill her, but in the end, being around him helped her rediscover the will to live.

Of course, their relationship amounts to the possibility of a romantic connection, rather than the existence of one. The two are really great together and their chemistry is something. They even share two kisses, but given that one is for Lelouch to regain his memories, you can’t really count on them to decide.

This isn’t to say that Lelouch doesn’t care about C.C. When she’s kidnapped, he goes out of his way to save her even though he doesn’t have anything to gain, and he tries to be kinder to her when she loses her memories.

At the end of the day, Lelouch and C.C. are two overpowered individuals who are seriously messed up for different reasons. Probably not the recipe for success in real life, but for an anime, they’re great to watch together. There’s something Lelouch tells her early on, that I think sums up their partnership really well: “I was dead until the moment I met you. I was a powerless corpse pretending to be alive.”

Obviously, Lelouch is talking more about the Geass power she gave him and less about her influence in his life as a person, but I do believe she’s important to him (at least, as important as someone can be to a person so single-mindedly set on one goal) and whether or not you choose to interpret their relationship romantically, they’re deeply connected and an iconic duo.

Plus, given the anime’s ambiguous ending, C.C. is the only one who could possibly be with Lelouch, depending on your interpretation. The very last scene features C.C. lounging in a carriage, talking to him. This could be nothing more than a coping mechanism, of course, but so had we thought when C.C. was talking to Lelouch’s supposedly dead mother, and we saw how that went.

According to some theories, Lelouch might have become an immortal Geass user, so he and C.C. could theoretically be together, as romantic partners or otherwise, but that’s just speculation if you only take the two main seasons as canon.

Do Lelouch and Kallen End Up Together? 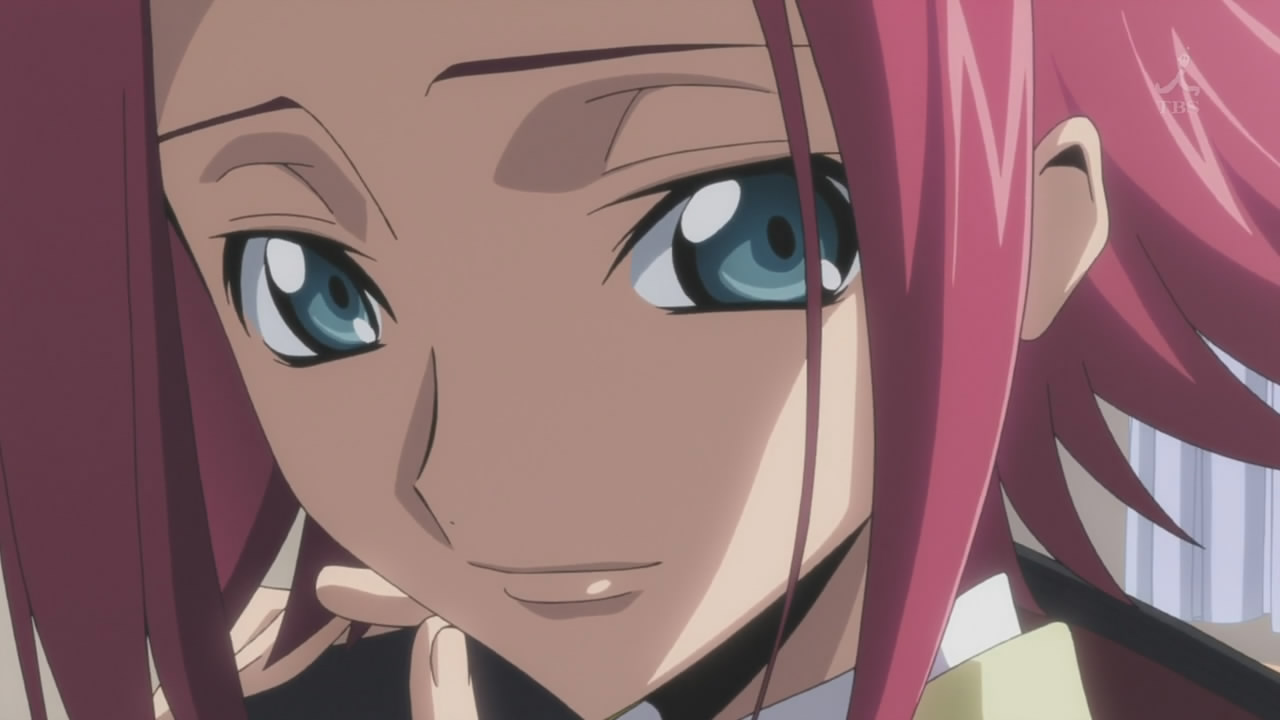 Kallen is one of Lelouch’s classmates, who, like him, leads a double life. Being half-Japanese, half-Britannian, she has very complex feelings about her identity and hates her Japanese mother’s acceptance of a subordinate role. Like Lelouch, she wants to help free Japan, and when she’s presented with the opportunity of joining the Black Knights, she never looks back.

Kallen dislikes Lelouch, seeing him as nothing more than a privileged Brittanian who is complicit in Japan’s suffering. On the other hand, she admires Zero and feels that he represents the just future she aspires to.

I’ll admit that her relationship with Lelouch as Lelouch, when they’re at school together, is my least favorite due to the unnecessary fanservice. At the same time, when Lelouch is terrified of her finding out the truth about him, you can’t help feeling tense alongside him, and the running gag that is their almost-kisses takes a tragic turn later on.

When Kallen finds out about Zero's true identity and his Geass, she begins to question her loyalty to him, fearing he somehow enforced these feelings on her, but eventually, she stays on as a Black Knight to figure out for herself.

When Lelouch despairs at the thought of fighting against Nunally, he asks Kallen to comfort him confirming his attraction to her. While obviously attracted as well, Kallen refuses to kiss him when he's in such a state of desperation and instead snaps at him to act as Zero, eventually motivating him.

By the time Lelouch takes over as emperor and starts planning the Zero Requiem, Kallen feels she has been deceived by him. Not satisfied with his explanation, she gives him the only kiss they ever shared and lets go of him.

When she realizes that Lelouch had been planning to save the world by sacrificing himself, her feelings change. She believes once and for all that she was right to trust Lelouch/Zero, and, while we don't know whether any romantic feelings lingered, we last see her living a happy life with her mother, remembering Lelouch and honoring his memory.

Do Lelouch and Shirley End Up Together? 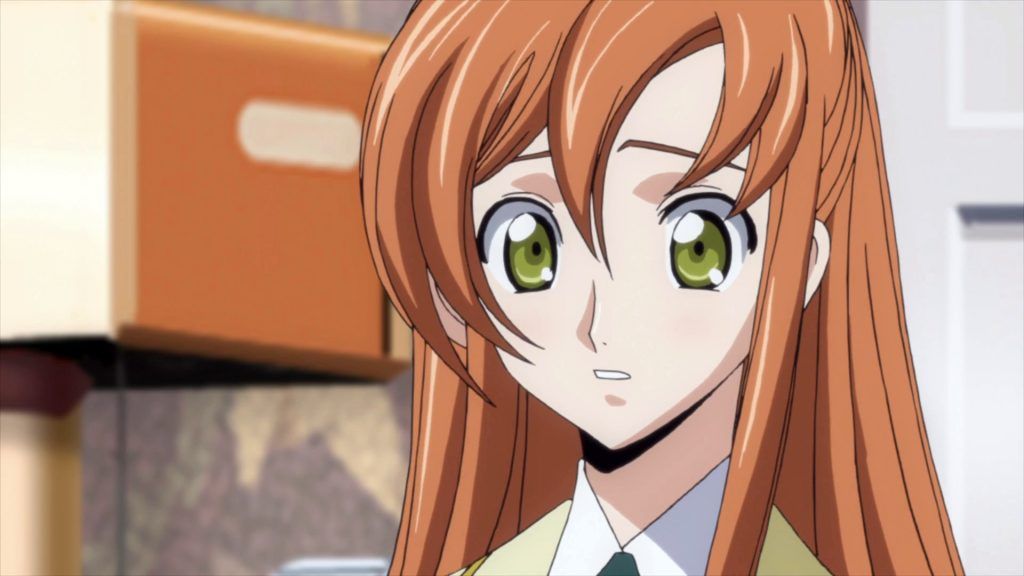 Shirley is Lelouch's friend and classmate and has had a crush on him for a very long time. While Lelouch cares about her as a person, he's often aloof when they're together. His feelings are once again complicated and can be interpreted in multiple ways.

Shirley is a kind person, but she's still a Brittanian who can't fully share Lelouch's aspirations. In any other anime, this wouldn't be much of an issue,  and perhaps Shirley would remain a stereotypical high-school character who is obsessed with her crush.

But Code Geass isn't a safe place for such a naive character, so her love for Lelouch takes tragic dimensions when Lelouch's tactics get Shirley's father killed. This, along with Shirley's manipulation by other characters, causes her to consider killing Lelouch. Her love, however, is so strong that merely seeing their photos together makes her change her mind.

After that incident, Lelouch uses his Geass to erase her memories of him so that she doesn't have to feel pain any longer. Even more tragically, Shirley gets to know him all over again and falls for him once more.

When he erased her memories, he thought he might love her and, following a misunderstanding, they briefly became a couple. Sadly, It turns out that Lelouch was correct in thinking that her being close to him was dangerous. Shirley is eventually murdered by Rolo and Lelouch is unable to save her. Their time together was very brief, and, following her demise, Lelouch was afraid of becoming attached to anyone and extremely protective of other important people close to him.

Related: To Your Eternity Ending Explained

Code Geass remains one of the most enduring anime of all time. It might be filled with cheesy, over-the-top moments, but that’s part of its charm, as the show presents a completely unique combination of adventure, mecha, dystopia, comedy, romance, and school moments; hence the many different ships.

At the end of the day, Lelouch is very much not the perfect boyfriend that Shirley (and I, when I watched the anime more than ten years earlier) thought at the time, but he’s one of the most complex anime characters ever made, which is reflected in his relationship with others. Each character he comes close to reflects a different side of him.

In another work, that would potentially be problematic, but, thankfully, for all its other faults, Code Geass features a society that is at least egalitarian in terms of gender politics, and, since the romance is so subtle, no character is defined by her relationship with Lelouch. All have different personalities and goals, which sometimes collide with Lelouch's own and sometimes do not – as is usually the case with good storytelling.