Is Marvel or DC Better?

Another DC vs Marvel debate is probably just as wanted as a Luke Skywalker statue in Riverside, Iowa. However, as we enter Phase 4 of The MCU, as well as being witness to a juicy handful of films coming from The DCEU; This is clearly still a discussion worth having.

Now, this entire concept as a whole is HUGE and would probably require an entire book worth of information to be able to actually weigh the pros and cons of each universe. Therefore this is really only looking at the live on-screen performances of both universes all the way back from 2005 when Christopher Nolan gave us the sweet sweet gift of Batman Begins.

If you were to ask any bystander on the street or check out any online list in regards to the world's most iconic superheroes, you would most likely find Superman, Batman, or Spider-Man on top of the list. Whenever one pictures the classic male superhero archetype, it’s an adonis-type figure with the classic square jaw, long cape, and boots. It’s usually some version of a Superman-type figure. It’s easy to forget though, that Superheroes like Batman and Superman had over 20 years of capturing the attention of the public before Marvel icons like Spider-Man and X-Men came into the frame. 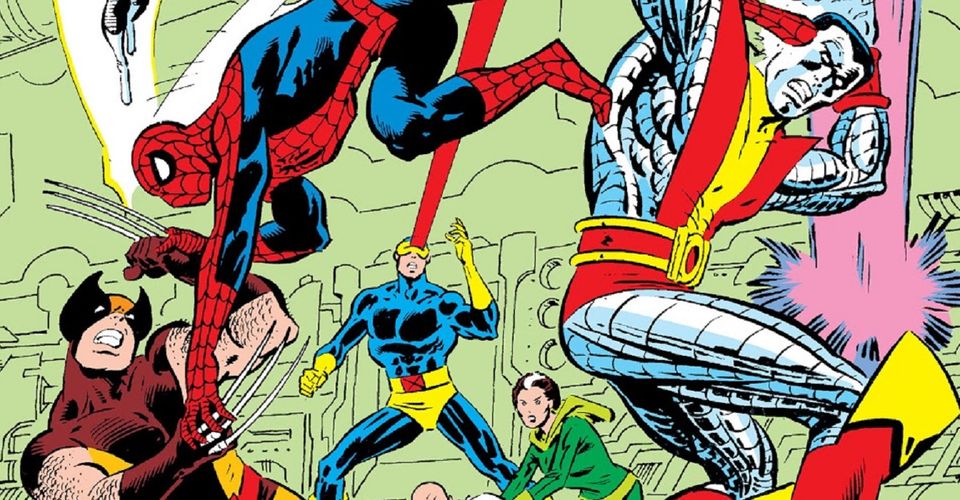 However, there is no doubt that with the help of comic book writers like Stan Lee, that despite their late start into the spotlight, Marvel soon made up for it by producing a high volume of quality superheroes in groups such as The Fantastic Four, Avengers, Black Panther and more much which we now see displayed on our TV’s today.

2008 was a great year for both DC and Marvel when it came to their onscreen heroes. DC released The Dark Knight, Nolan's sequel to Batman Begins, and Marvel released the first film of The MCU - Iron Man. Despite Iron Man not being anywhere near as popular as Batman in the comic book world, fans were stunned at Robert Downey Jnr’s performance of Tony Stark and it was a slam dunk for The MCU’s first superhero, which continued the slow and steady build-up to the extraordinary Avengers Franchise.

Each of the heroes in The MCU other than Hawkeye has been given some form of an origin story to help increase the anticipation of later ensemble movies, but more importantly for fans; It gave them time to really get to know and love these characters. Not just for the expression of their powers but for the quirks in each of the characters as well.

After the surprising success of James Gunn’s Guardians of The Galaxy, we saw the entire Marvel franchise take more a more light-hearted and comic turn invoking a blend of humor and amazing action scenes. Thor Ragnarok was almost a parody of a Thor film in itself and yet it just worked thanks to the directing efforts of Taika Waititi who is also directing Thor 4: Love and Thunder.

DC, however, attempted to stay grittier and more in line with the successful flavoring that The Dark Knight Trilogy brought us, but it lacked any of the same depth. Henry Cavill was an incredible Superman but seemed to be raised by a psychopathic version of Jonothan Kent (who was willing to let a bus of school kids drown and be personally swept away in a hurricane just so Clark’s secret wouldn’t get out), we saw a Batman who kills people with guns (breaking the only 2 rules Batman ever had), and a Justice League film who’s lead character (Superman) doesn’t turn up until the last third of the film and has had a terrible bout of CGI mustache removal.

If we were to include the DC animated Universe into this equation then The Dark Knight Returns Pt 1 & 2 could sway the jury. However, based purely on live-action cinema. The Marvel heroes are better. Maybe the future iteration of Robert Pattinson’s The Batman can sway it over to DC?

There is no doubt that when you look back through all the iconic villains that hit the screens from both universes, it wouldn’t take too long before you started thinking about Heath Ledger’s memorable performance as the Joker in The Dark Knight.

The clown prince of crime truly was a “better class of criminal” than most of the villains we’ve seen in The MCU. He was both dark and twisted, frighteningly chaotic and unpredictable. Yet at the same time, also comical and somewhat charming. In fact, It’s difficult to think of a single Villain in The Marvel Cinematic Universe that can win you over straight after they’ve pushed a pencil through someone’s eye (making it magically disappear).

In fact, the only Villain from Marvel that has a slither of the same pizazz could only be Willem Dafoe’s portal of The Green Goblin in Spider-Man 2002. That’s not to say that Marvel films haven’t had some great villains such as Michael Fassbender’s Magneto, Tom Hardy’s Venom (who is more of an anti-hero), and The MCU’s Thanos, etc.

However, a really great Villain should be both entertaining and genuinely frightening. How a man with no powers and clown make-up is able to do this more than a purple Titan who can kill off half the universe with a snap of the finger beats me, but it’s still true.

If we were to integrate both DC and Marvel’s comic book Villains into this debate, we could have a different story. It would be great to finally see a more accurate portrayal of Doctor Doom, but who knows, perhaps Woody Harrelson’s portrayal of Cletus Kasady in the upcoming Venom 2: Let There Be Carnage film could fill the void that Marvel's Villains have been missing?

In the meantime, the category of best Villains would have to belong to DC. When comparing the success of the separate film franchises, the decision on which universe is better becomes much easier to decide. It wouldn’t be an overly controversial statement to say that the majority of DC films in the last decade such as Man of Steel, Batman Vs Superman, and Justice League didn’t meet the studio’s box office expectations. In fact, It’s fair to say that the truest vote is the vote that people make with their wallets, and so here are some of the worldwide gross box office numbers for Marvel Vs DC films.

Justice League..... $657 million dollars. Less than half of The Avengers!

But in defense of DC, Aquaman as the highest-grossing DC film did achieve $1,148,161,807. However, this is still much lower than many of the Marvel films that have been created.

Film quality however tells a different story. According to rotten tomatoes, the number one voted superhero film across the Tomatometer and the audience score is Christopher Nolan’s The Dark Knight. The Dark Knight has also been voted as the 4th best film ever made according to IMDB, losing only to the first two Godfather films and The Shawshank Redemption. But despite the extraordinary quality of The Dark Knight Trilogy, in the same amount of time that it’s taken DC to create 20 films, Marvel has to lead the way with 36 films! Not only that, but it would be fair to say that those 36 films have both an overall higher level of quality and consistency with the continuity of storyline through The MCU. Therefore Marvel wins the category for best films.

So in conclusion, Marvel wins both heroes and movies, DC wins Villains.

Who do you think is better in these categories, Marvel or DC?

Related: Why Batman is Better Than Superman