One Piece Chapter 1,014 Release Date and Time, Spoilers, and Summary

The latest chapter of Eiichiro Oda’s shōnen manga One Piece has left us reeling with questions. In Chapter 1,013, Luffy is knocked unconscious and falling off Onigashima. We’re currently unsure of what’s going to happen to him—is someone going to save him? Or is he going to fall into the ocean?

Other events that happened in One Piece Chapter 1,013 include Big Mom attacking Ulti for hitting Otama. She attacks with a powerful laser which was a combination of Napoleon, Hera, and Prometheus. This evidently knocks Ulti out. Zeus returns to Big Mom but she tells him that she doesn’t need him anymore; telling Hera to eat him. He starts crying and apologizing for his incompetence and cowardliness. Nami tried to help by releasing some Black Balls, but to no avail—Zeus gets eaten by Hera.

Usopp, Nami, and Otama take this chance to try to escape from Big Mom. Seeing Otama run off with the Straw Hats angers her. As she was about to attack them, Kid intervenes with a move called Punk Gibson, smashing her head to the ground with his arm. He tells the Straw Hats to leave, saying that Big Mom is his prey.

Now we switch to the rooftop. Kaido has defeated Luffy, who's now falling off the island. He expresses his regret for not taking Luffy’s head as a trophy. Otherwise, the faith that people have in Luffy will never die. 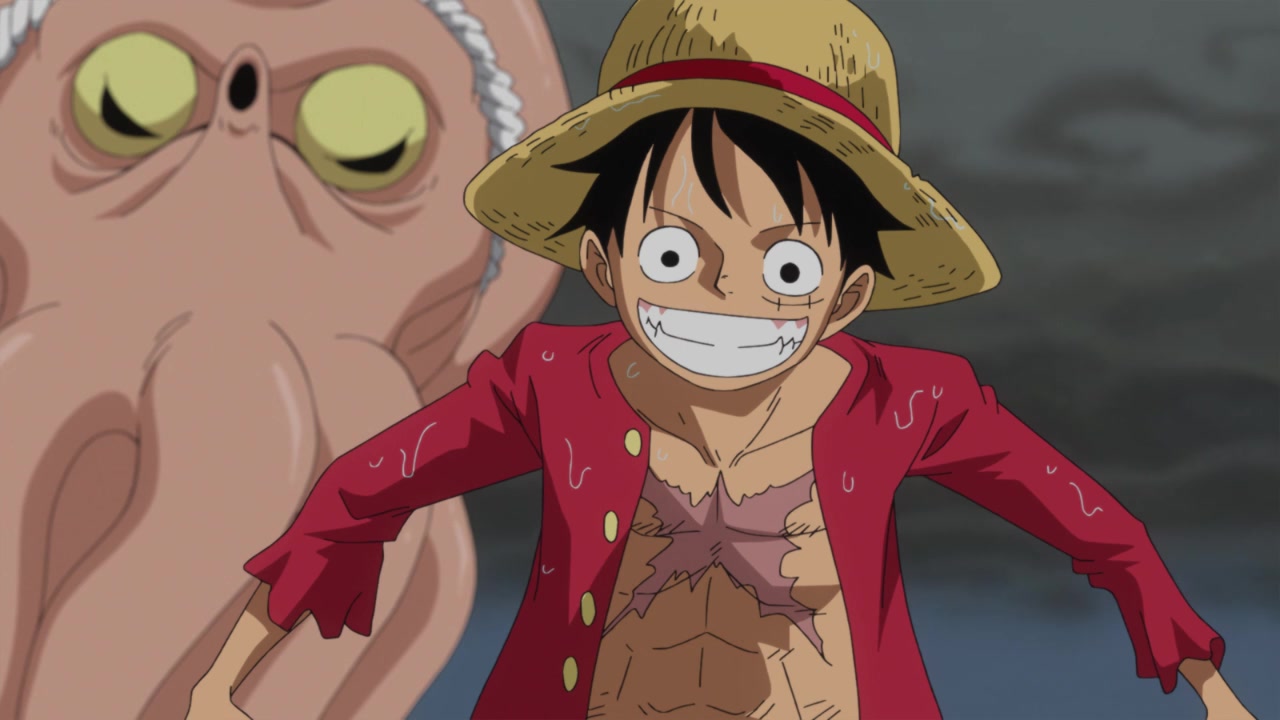 According to some predictions, Momonosuke will be the one to save Luffy from falling into the ocean. His other potential savior may also be the Wano octopus, who helped the Straw Hats enter Wano in the first place.

We may see a battle between Kid and Big Mom, given the events of Chapter 1,013. Sanji may have finally reached the Live Floor, leaving the bandaged Zoro to either Marco or Chopper.

Perhaps we’ll also get an update on the Scabbards and their respective locations and battles, such as Kin’emon and Kiku. It’s assumed that they will be facing Kanjuro soon.

As much as some of us want to know what happens to Luffy, it might be possible that we won’t find out in the incoming chapter. Considering all the other events happening in Onigashima, the focus on Luffy may not be back for a while.

You can read One Piece at Viz and Manga Plus.