Is 86 Anime Based on a Manga or Light Novel and Is It Complete, Finished, or Ongoing? Here is the Current Status of the Series

By Madalena Daleziou | More Articles EpicStream Writer has loved fantasy books and films since she was a child, which prompted her to study a Masters in Fantasy Literature and make some magic with words.
April 28, 2021  04:06 PM

86 is one of the most interesting anime shows of the Spring 2021 Season. While the anime - which will consist of two cours of about 11 episodes each -  does use some well-worn dystopian tropes, these are dealt with in an interesting manner, and if the episodes we’ve seen so far are any indication, this will largely be a show about characters, rather than mecha. But what about the source material of the A-1 Pictures sci-fi project? Is it based on a manga or light novel, and what is its status?

First, a little overview. In a premise that might remind you of classics like Code Geass, the Republic of San Magnolia has been in a supposedly bloodless war with the Giadian Empire, fought by unmanned drones. At least this is the story the Republic tells itself and its citizens. In truth, beyond the walls that protect the 85 territories of the Republic, there’s the secret area 86. Most of its young citizens are soldiers, stripped of their citizenship and forced to find the Republic’s war for them and die without being counted as casualties.

The narrative is largely concerned with the encounter of Shinn, a young 86 soldier, and Lena, a Handler of the drones manned by 86 soldiers, who is nevertheless disgusted by her country’s dehumanising actions.

If you want more 86 content and want it now, we have some good news. The show is based on a light novel series written by Asato Asato and illustrated by Shirabii. It began publication in 2017 and, thankfully for English-speaking fans, it’s distributed in North America by Yen Press. 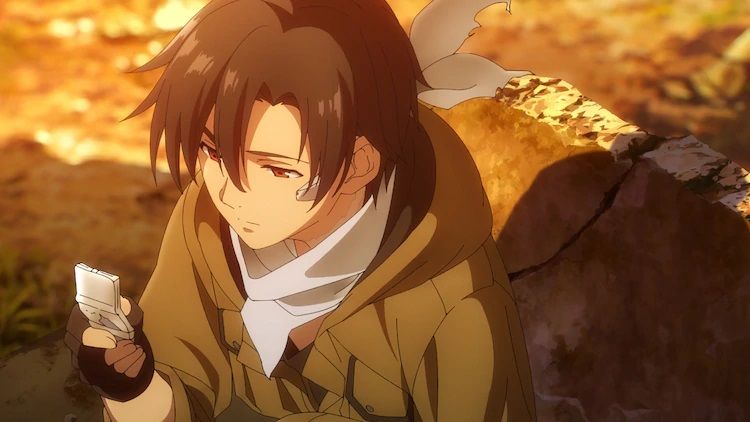 A manga adaptation followed the light novel series, illustrated by Motoki Yoshihara and marketed as seinen. Since June 2020, a spin-off titled 86: Operation High School is also ongoing. The manga is currently in its early days, counting just 2 volumes, the latest of which was released on March 2021. The light novel series is also ongoing. As of April 2020, it counts 7 volumes, with an 8th due to be released in English on the 20th of July 2021.

Falling in love with an ongoing story can be a little frustrating, particularly with an award-winning novel that boasts the Grand Prize at Dengeki Novel Prize. On the other hand, there’s something bittersweet about a beloved story coming to an end, so the ongoing status of all 86 media, means that, at least, fans have something to look forward to.

Other anime of the Spring 2021 season that are based on light novels or manga include Fruits Basket Season 3 and The Saint’s Magic Power Is Omnipotent.

Related: Is Combatants Will Be Dispatched! Anime Based on a Manga or Light Novel and Is It Complete, Finished, or Ongoing? Here is the Current Status of the Series