By Madalena Daleziou | More Articles EpicStream Writer has loved fantasy books and films since she was a child, which prompted her to study a Masters in Fantasy Literature and make some magic with words.
April 06, 2021  12:36 PM

Funimation treated fans to an early Fruits Basket Season 3  Episode 1 release in English, while the first episode just premiered in Japanese with subtitles on Crunchyroll. Episode 1 took off directly where season 2 concluded, and it was as emotional as we imagined.

Not a ton happened plot-wise, but the scene has been set for Fruits Basket Season 3 Episode 2 to delve deeper into the Sohma family's secrets and Tohru's attempts to break the curse.

Already excited? Below you will find our handy guide with an Episode 1 recap and everything you need to know about Fruits Basket Season 3 Episode 2, including its release date and time.

Fruits Basket is based on Takaya Natsuki’s manga of the same name and one of the most popular shōjo works. Many fans have fallen in love with the adventures of high-school girl Tohru Honda who moves in with her classmates Yuki and Kyo Sohma only to find that members of the family are possessed by Chinese Zodiac spirits, and at the mercy of Akito, the terrifying head of the family.

Season 2 ended with the revelation that Akito is actually a girl, who was nevertheless brought up as a boy by her abusive mother, Ren. Akito and her mother have a very bad relationship and it's assumed that part of Akito's aggressiveness can be attributed to Ren's abuse.

Tohru is devastated by this revelation, especially when Kureno declares he can't be with Tohru's friend, Arisa, whom he loves, as he feels he can't abandon Akito who needs him. Thankfully, Hana saves the day, taking Tohru to her house and the three friends share heartwarming moments in a pajama party, finding consolation in consoling one another.

As usual, Fruits Basket didn't offer an easy solution to the characters' problems but reminded us that we can find joyful moments even in the middle of a life crisis. Episode 2 will hopefully start unpacking what the revelations about Akito will mean for the rest of the story.

Fruits Basket Season 3  Episode 2 will air on Tuesday, the 13th of April 2021 in Japan, which translates to Monday the 12th of April for several other timezones. So far, the show's timeline looks very similar to that of the two previous seasons' so it only remains to see if the Final Season will follow the previous two in having 25 episodes.

Non-premium Funimation users will have to wait a week longer, until the 20th of April, to watch Episode 2, while those using Crunchyroll might have to wait a bit longer.

We are expecting Fruits Basket Season 3 Episode 2 to air at around 1.30 AM JST on the 13th of April. If these times remain correct, Episode 2 will air in different time zones as follows: 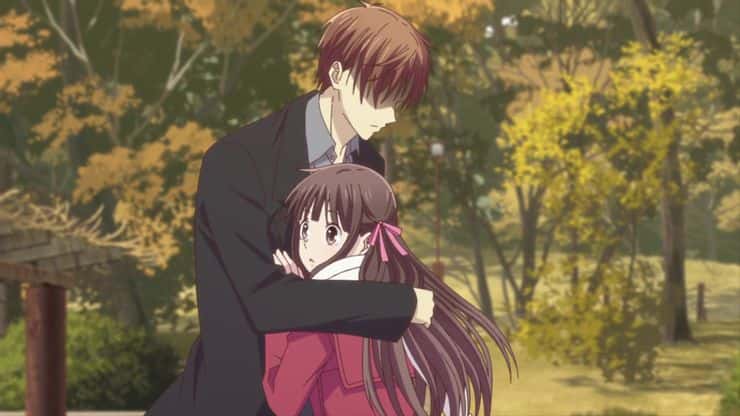 Fruits Basket Seasons 1 and 2 are currently available on Crunchyroll, Hulu, and Funimation in Japanese with English subtitles and in other languages. In the former, the Japanese subtitled version is going to be Simulcast with episodes releasing at the same time as in Japan.

Funimation, is home to the dubbed version of Fruits Basket Season 3, and the episodes air weekly alongside the Japanese ones, making this a true Simuldub.

Fruits Basket Season 3 Episode 2 will air in less than a week for premium Crunchyroll and Funimation users.

Meanwhile, check out the show's trailer, and in the improbable case you aren't yet persuaded to start watching Fruits Basket, we have gathered some reasons why the show is totally worth watching.