Shazam #1 Brings Back The Original Captain Marvel in a Fun, Sometimes Nonsensical, Issue

It was only a matter of time before DC released a new Shazam series, with the upcoming film stirring up a lot of positive chatter and all. The publisher struck while the iron was hot, getting superstar writer Geoff Johns and artist Dale Eaglesham to bring fans a fairly fun romp that anyone can enjoy. Sure, it would help if you read the previous Shazam story from Johns and Gary Frank but this is still a fairly accessible comic for everyone.

The story kicks off sometime after Darkseid War, with Billy Batson and his super-powered siblings taking down some thugs. While this was a fun sequence with great art, it should be noted that Billy and his friend Freddie Freeman transformed IN FRONT OF THEIR TEACHER. Oddly enough, it’s never brought up again, as if no one noticed that Billy yelled Shazam and became a superhero. 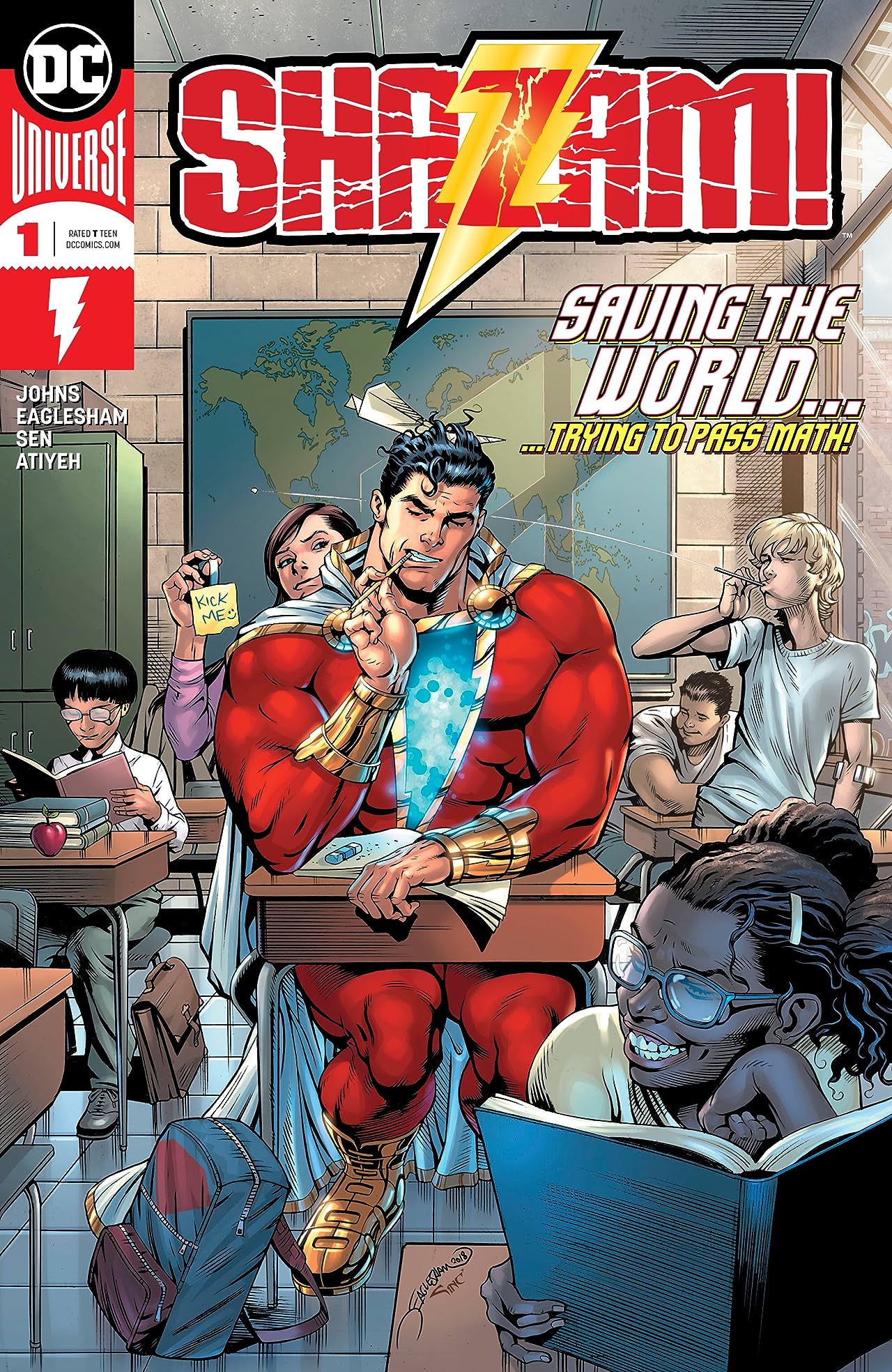 Even with that major flaw, it doesn’t ruin any of the fun that the issue provides. Seeing Billy enjoy the company of his adopted family might be a bit cheesy for some but Geoff Johns does pack enough sincerity and humor to make it feel natural. It’s also pretty surreal seeing a big group of superpowered siblings, something that a lot of comic books don’t do.

We also get one hell of a cliffhanger, which could rock the current foundation of Batson and his family. Only time will tell if this plotline will be worth following but it was effective.

Lastly, we got a bonus story written by Johns and drawn by Mayo “Sen” Naito, which details the backstory of Mary aka Mary Marvel (or is it Mary Shazam?). It’s a pretty strong story, even if it is a little bit cliche. Naito’s art really sells it though and we can only hope that more of it comes in future issues.

Nico Parungo graduated with a film degree from the De La Salle College of St. Benilde. He loves movies, comic books, video games and the WWE. He also likes to check out games and animated shows that are deemed underrated.
@Nico Parungo | [email protected]
Previous Review Next Review