Why Batman is Better Than Superman

Superman, the last son of krypton, a god among us…. vs a psychopath with a fetish for flying rodents? Surely this has been debated more times than whether pineapple belongs on a pizza? (I think we can all agree it doesn’t, right?).

However, despite Superman’s god-like powers and minimal weaknesses, in this article, I’m going to share the top reasons Why Batman is better than Superman. Sorry Supes, it’s nothing personal.

Firstly, let me say that I am a massive fan of Superman. However, It’s so natural for many of us to love the underdog. The success of The Rocky films was built on this premise.

Superman is an Alien sent from his exploding Planet to live on a planet where he now possesses powers that seem to have increased and become even more ridiculous throughout the years. He has but a handful of weaknesses, and even when he has been killed…he doesn’t die.

This is not a character that is easy to relate to.

Despite personally being a huge fan of Superman, you and I already know going into a film, comic, or game that his powers naturally put writers on the backfoot when having to come up with a believable reason as to why superman can be defeated.

With Batman, however, his enemies are often far more powerful than he is. You know that in both stories, the heroes will win – But how Batman does it is usually far more interesting because he’s having to use his mind and skills to do it rather than simply throwing a punch.

Kal El has direct access to the wisdom of the fortress and the consciousness of his father Jor-El, he also has an excellent memory with an ability to speed read. This does not however necessarily equate to raw intelligence. It’s so easy to look up to Superman because of his powers or sense for truth and justice. However in the words of Lex Luthor in All-Star Superman (as a must-read)

It’s easy to worship Superman but it’s even easier to admire Batman when you look at the work he’s had to put into his physical and intellectual abilities. From mastering several martial arts, acquiring the physical prowess of an Olympian gymnast to a deep understanding of chemistry, forensics and engineering. It’s hard not to see qualities that we admire in others.

The benefits of Batman’s skills against Superman are shown deeper in the injustice series when Batman takes the 5U-93-R pill.  Upon gaining the same level of strength as Superman, he can combine this with his martial arts skills and able then throw Superman around like a rag doll!

Throughout the decades, Both Batman and Superman have changed a lot since the original inception of their characters. Bob Kane’s original Batman was dark but was forced to move into a more light-hearted and slightly camp character for several years before turning to his dark roots with the help of writers such as Neal Adams, Dennis O’ Neil, and Frank Miller.

Superman, however, was…well…a bit of an asshole.

There are issues of Superman sexually assaulting women, threatening Lois Lane, making out with women on her grave, making Jimmy and Aquaman beg for water, and simply moving from hero to more of a dictator.

Both characters have had so many arcs over the years, however, it’s safe to say that over the last 50 years of comic book writing, Batman’s essence and consistency of his personality are the same. You can rely on Batman to be Batman; A man embracing his inner darkness, willing to harness his inner demons and point them towards a good cause. Always willing to push himself yet at the same time possessing zero sense of humor and terrible at taking a day off or rest day.

But if you had to describe Superman’s personality, it’s difficult to really pick a trait other than his boy scout manner. Sometimes he’s funny, but not as funny as the flash. Sometimes Angry, but not as dark as Batman. Sometimes wise but not as wise as Martian Manhunter. Once you go through the list of personality quirks that could make him interesting; he quickly becomes a jack of all trades master of none type of hero.

Batman Does “What Is Necessary” 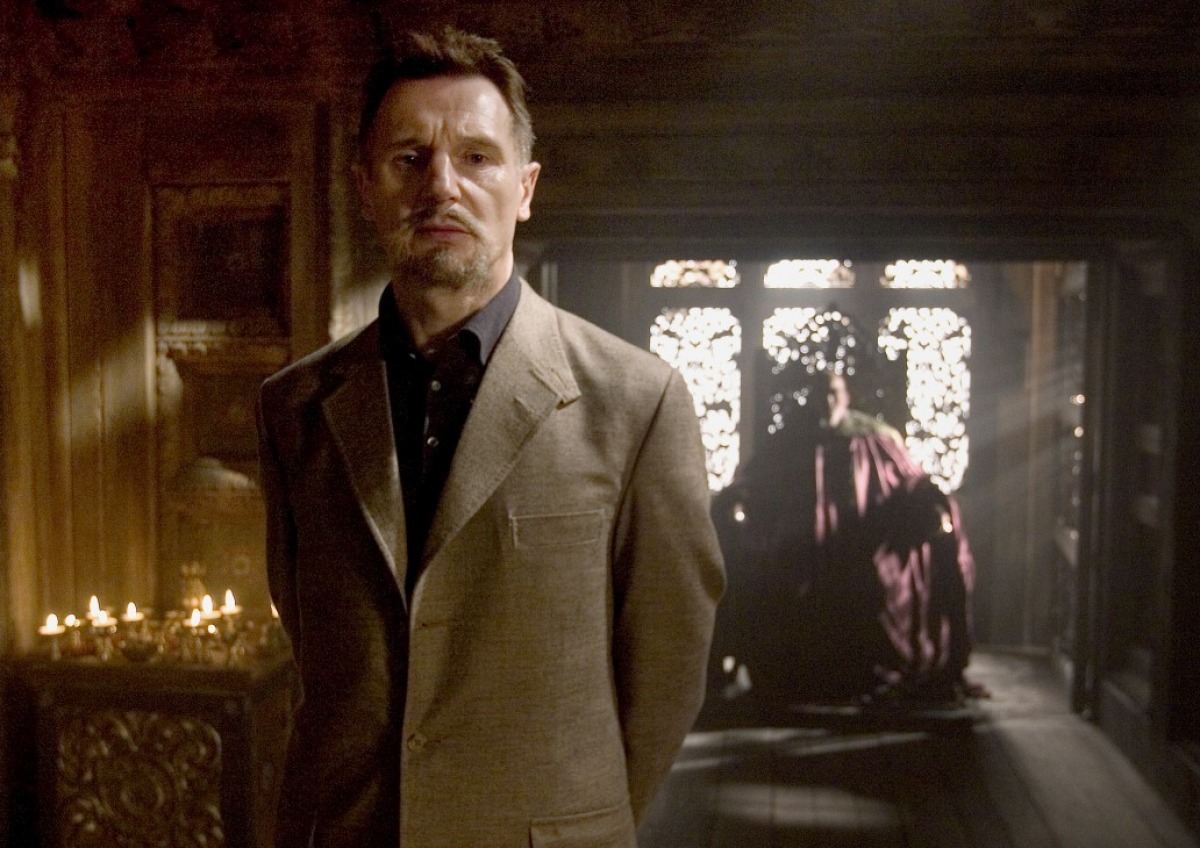 In the Batman Begins film, Batman is told consistently throughout the film by Ducard/Ra’s Al Ghul that he “lacks the courage to do what is necessary.”

In the DC animated film Doom, based loosely on the JLA: Tower of Babel comic; We see that Batman has “betrayed” the Justice League by secretly creating files on all of the members, calculating their weaknesses, and learning how to defeat everyone of them.

Wonderwoman – A poison that attacks her brain making her believe that there are multiple Cheetahs. It causes her to continue fighting members of the general public until her heart could potentially stop.

Green Lantern – A form of fear gas that based on his psychological profile sends him into despair removing the green lantern ring.

These are all pretty dark and twisted methods of defeating the other members of the justice league.

Yet, when confronted by the team, he explains to the Justice League that they are some of the most powerful beings on the planet and therefore a deterrent must be in place should one of the members go rogue or be manipulated by a form of mind control.

He is not sorry, and he would do it again. Unlike Superman, his actions show that despite being powerless compared to the other team members. He still has the intelligence to think outside of the box, even if it means venturing to a darker place that the rest of the league would not be willing to follow.

Ra’s Al Ghul can eat his words, Batman is the only member of the JLA willing to do what is necessary.

Fans still quiver (pun intended) at one of the most epic moments between Batman and Superman, found at the end of Frank Millers The Dark Knight Returns. An old, retired white-haired Bruce Wayne goes head-to-head with the man of steel in the mech batsuit; something fans were pleased to see again in the Batman Vs Superman Dawn of Justice film.

Unbeknownst to Superman, Batman has synthesized a Kryptonite arrow which he gives to Oliver Queen (Green Arrow) to fire at Superman during their battle. Superman catches the arrow which then releases a mini-explosion of Kryptonite spores into his face. As Superman begins choking and coughing, his face swells up in an allergic reaction and he becomes weaker. At this time Bruce grabs him and says what could probably be the greatest lines in DC history:

“It wasn’t easy to synthesize Clark, took years and it cost a fortune…luckily I had both.”

Then he goes on to say….

It would seem on the surface that The Dark knight is just a hopeless mortal against this god. Yet because of his willingness to stretch his mind and body further than any man, then in most cases, he can even beat Superman.