Does Batman Have Superpowers Explained

The Justice League are among some of the most powerful beings in the DC Universe. We have a Kryptonian god-like leader, a martian, a human cyborg, space guardian, an Amazonian warrior goddess, a man who can literally run through time...and then we have Batman, just a man who dresses in a cowl and uses modified ninja stars to fight against aliens, monsters, demonic creatures and more.

When we compare Batman, a being with no superpowers to the rest of the Justice League, it’s easy to believe that he is outmatched when he possesses no inherent abilities of his own. Green Lantern even mocks him when they first meet in the DC animated Justice League: War film based on The new 52 issues. 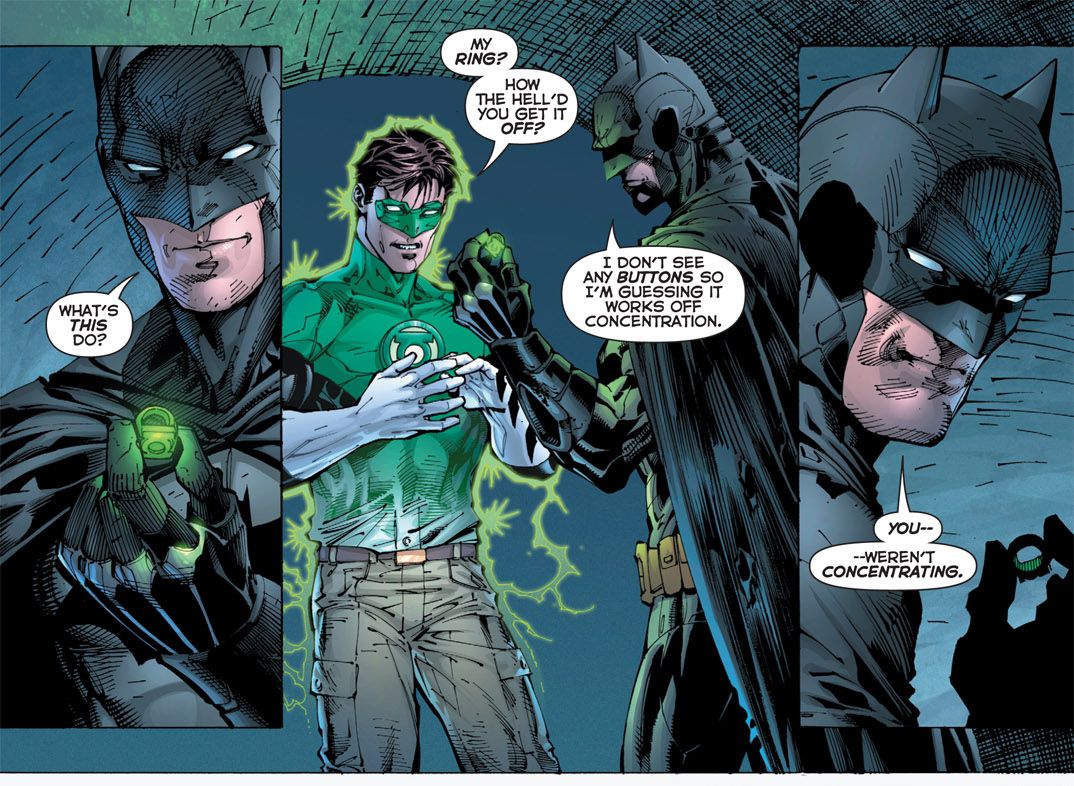 So does this mean the Dark Knight is out of his league when compared to the rest of the JLA? Absolutely not….Batman is still powerful and dangerous. Here is why:

Batman cannot technically fly the way that Superman, Green Lantern, or the rest of The Justice League can. However, we do see him gliding through comics, swinging between buildings, or jumping from great heights without falling, and this is due to the gadgets within his bat-suit.

The unique properties of his cape in particular are addressed in Christopher Nolans’ Batman Begins. After throwing himself off of a roof and almost dying, Bruce Wayne approaches Lucious Fox from the applied sciences division asking him if they have any tech to aid him with base jumping. Lucius Fox then shows him something called “memory cloth”, a regularly flexible fabric that softs to the touch. Yet when an electric current is run through it, the molecules realign and become stuff. Batman goes on to shape the fabric to form his cape which he then uses like a hang glider the moment he jumps off of buildings.

In Batman Beyond, we see Bruce Wayne's apprentice use a combination of wingsuit and rocket boots to achieve flight. 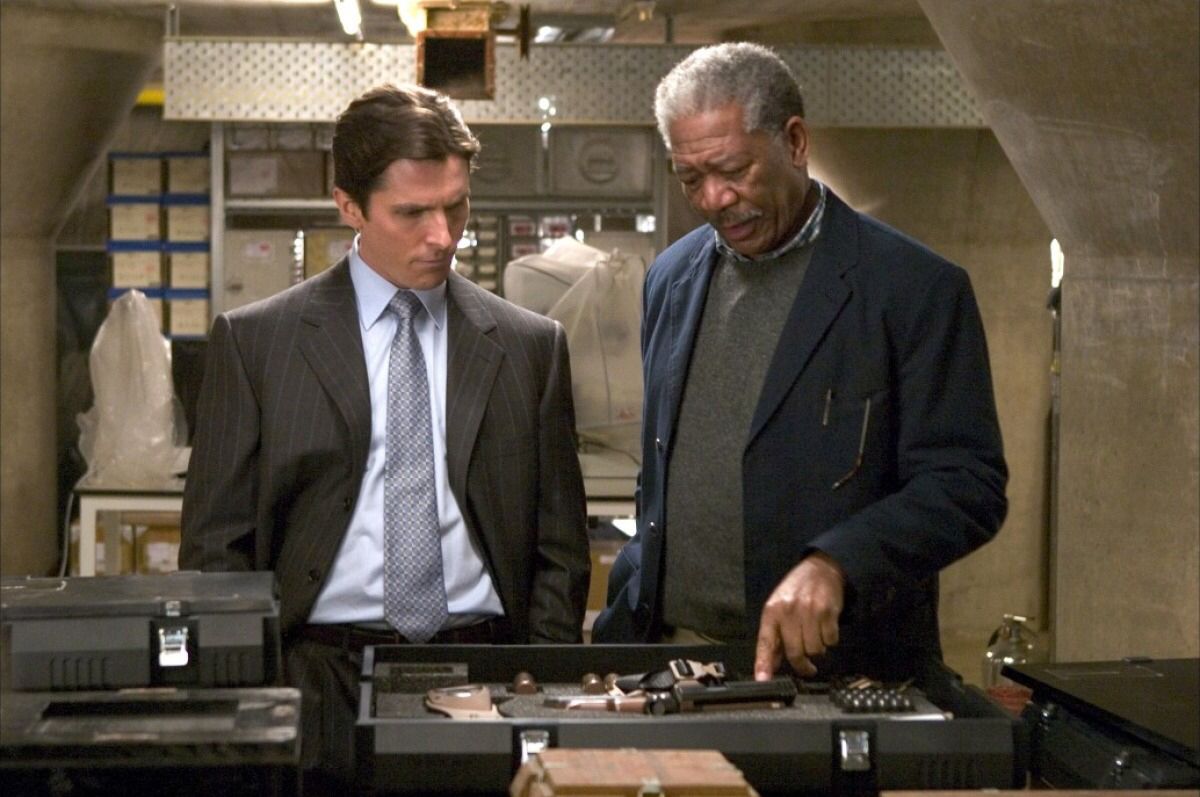 Does Batman have Super Strength?

Batman has increased strength compared to the average man due to his excessive training volume and building his body into peak physical condition. But he does not have super strength per se. We do however see him build and use a bat mech suit (similar to the Iron Man suit) in The Dark Knight Returns which in turn allows him to be able to lift the batmobile in one hand and fight with Superman.

It is no secret that Batman is highly intelligent, especially among other members of The Justice League. He is a natural leader that can think outside of the box in many ways that his allies and enemies can’t. This includes the time he created files on all of the members from The Justice League and their weaknesses to be able to take them down should they go rogue or be subjected to mind control. However, the films don’t necessarily portray just how intelligent Bruce Wayne really is!

Bruce Wayne/Batman has an IQ of 192 making him a supergenius! This is higher than Albert Einstein who had an approximate IQ of 160. We only see mild glimpses of Bruce’s genius intellect in The Dark Knight Trilogy; a few times during his forensic investigations and also when he can solve the autopilot issues on “The Bat” that other engineers cant. 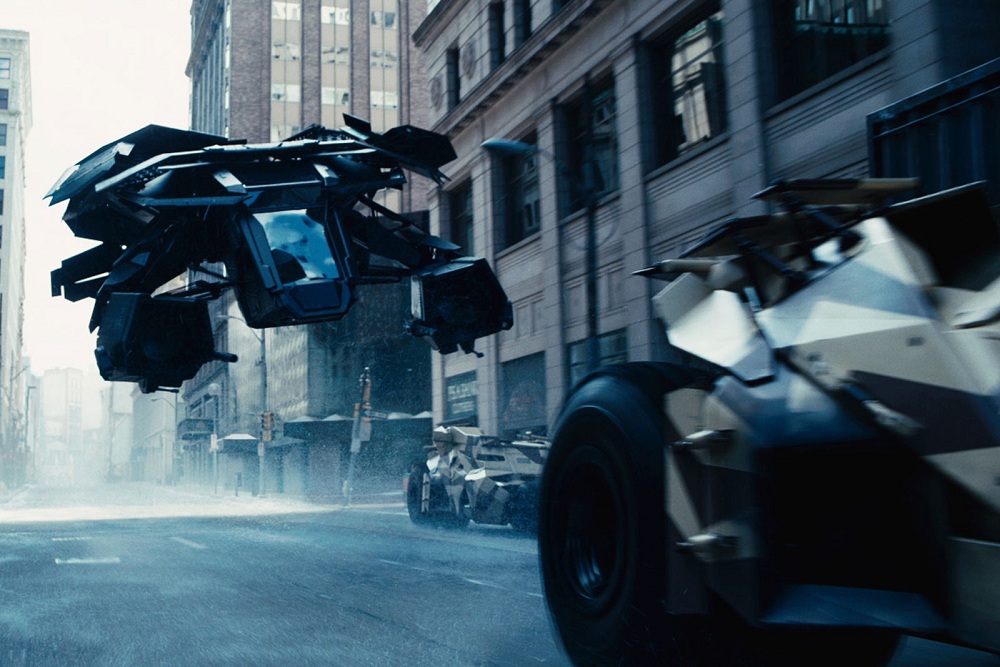 What Martial Arts Does Batman Know?

Batman has trained in every martial art including Ninjitsu, Karate, Boxing, Judo, Jujitsu, and more. Some sources say that Batman has mastered up to 127 different fighting styles making him one of the most accomplished martial artists in the DC Universe. He also has the flexibility, stamina, and strength of an Olympic gymnast. During his time with the league of assassins, he also mastered stealth, misdirection, and the ability to harness his pain and fear.

“Theatricality and deception are powerful agents to the uninitiated….but we are initiated, aren’t we Bruce?”

Despite Batman not technically having any genetic, alien, or metahuman abilities. Batman’s mastery over his own physical body, intellect, and emotions make him a worthy and powerful ally among any Superpowered individual.