The first issue of Uncanny X-Men just hit shelves and Marvel is already teasing what will be happening in issue #11. This is because the series will be debuting as a weekly comic, before eventually going back to a monthly schedule on February. It seems like all of this planning is being put to good use, as the teaser for issue #11 teases a HUGE return.

Judging from the image below, it looks like fan-favorite X-Man Cyclops is coming back to the fold. We haven’t seen the original leader of the X-Men since Death of X, where it was revealed that he was killed by the Terrigen Mists that give the Inhumans their powers. Sure, we had the young version of Cyclops running around for a while but most people don’t like that iteration. 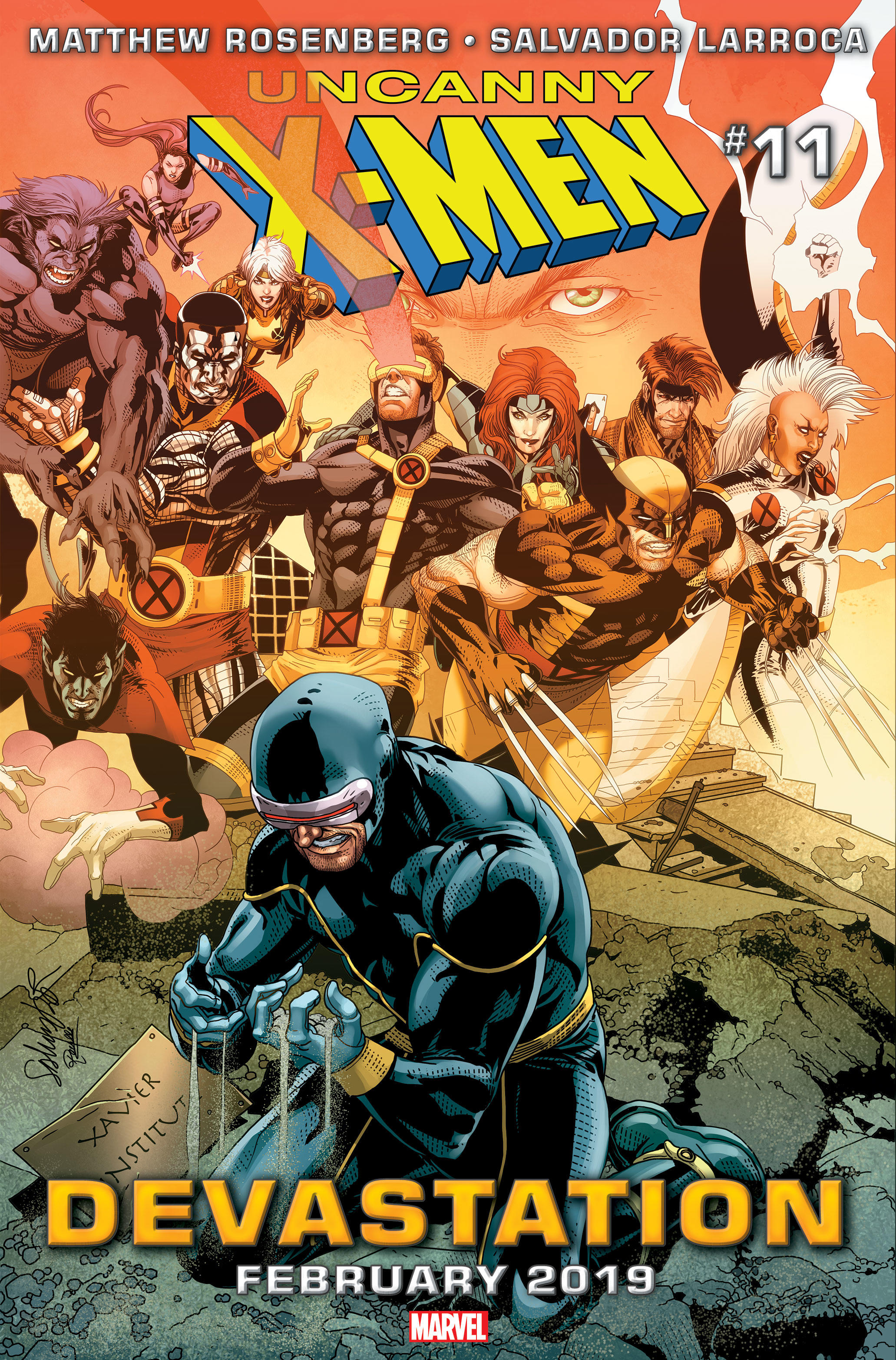 He also briefly appeared in Phoenix Resurrection but was killed immediately. No one talks about that.

With Extermination essentially bringing back the original five back to the timeline, now seems like the time to bring back the original Scott Summers. His return was originally teased by the cover of Uncanny X-Men Annual #1, which has an army of Cyclops’ dueling each other. Now, thanks to this teaser, we know that he will be coming back in Uncanny X-Men #11 and is once again wearing his Astonishing X-Men attire.

Uncanny X-Men #1 is available now and is currently being written by Matthew Rosenberg, Kelly Thompson, and Ed Brisson. Rosenberg will be taking over the title for an arc in February, though it wasn’t stated if he would be the permanent writer for the comic. Veteran X-Men artist Salvador Larocca will be illustrating the title, starting with Uncanny #11.