Marvel's Champions Gets a Shiny New #1 Even Though They're Outlawed

Teenage superheroes will be banned from using their powers soon but that won’t stop Ms. Marvel, Nova, and Spider-Man (Miles Morales) from reforming The Champions. Due to the Outlawed event, Champions will be relaunched with a shiny new #1, dealing with the Outlawed status quo firsthand. Considering how these characters are the faces for teenage superheroes these days, it would be a crime to not have them back as a team in some form or fashion.

Revealed by ScreenRant, this new series will be written by Eve L. Ewing and drawn by the talented Simone di Meo. This will deal with the direct fallout from Ewing’s Outlawed one-shot, which will ban young heroes from using their powers, as we mentioned above. However, it seems like The Champions won’t be taking this lying down as Kamala Khan, Ms. Marvel, might end up unmasking to prove a point. 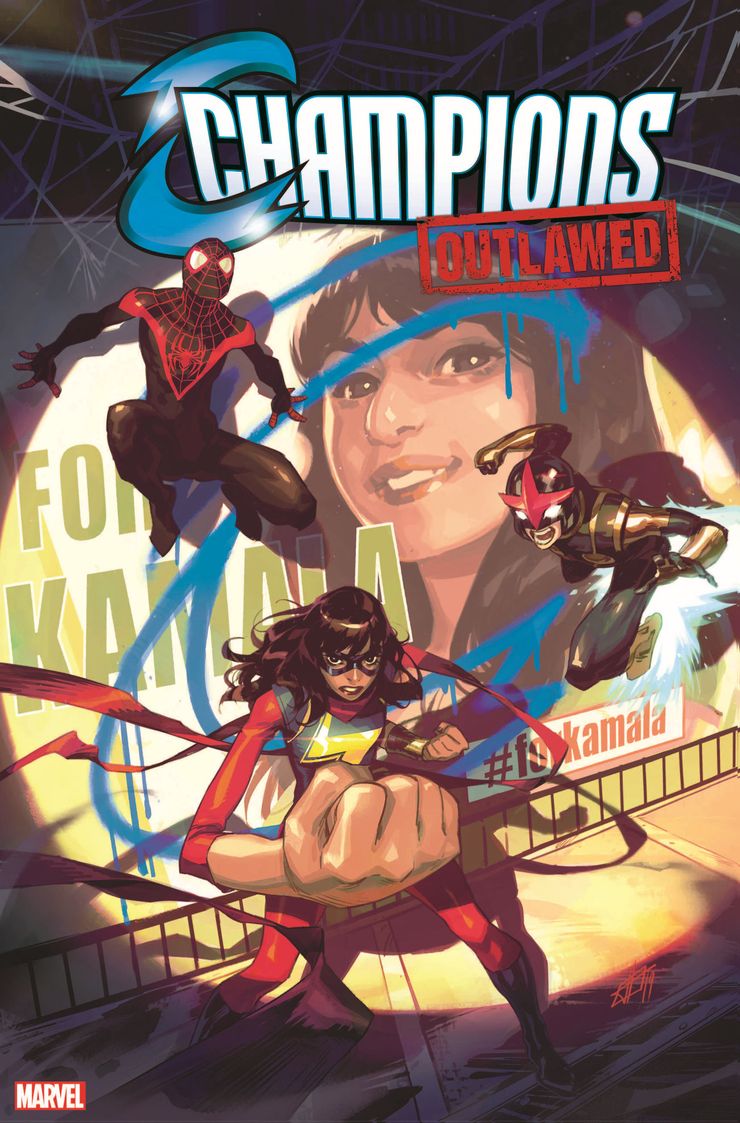 Here’s a synopsis for the first issue:

THE CHAMPIONS RETURN IN TROUBLED TIMES! A law is passed that goes against everything Ms. Marvel, Nova and Spider–Man founded the Champions for…But the world still needs heroes, even if the world doesn’t want them right now. After Ms. Marvel makes an unexpected and emotional announcement that her team won’t go down without a fight, a group of teen vigilantes gathers to plan their next move. But the C.R.A.D.L.E. task force is hot on their trail, and there’s a spy in their midst… Eve L. Ewing (IRONHEART, OUTLAWED) and Simone Di Meo (IMMORTAL HULK: THE BEST DEFENSE and VENOM: ACTS OF EVIL) team up for a dramatic new era of Champions that will define Marvel’s teen heroes for years to come!

Ewing has big shoes to fill since fans adored the runs of Mark Waid and Jim Zub before her. The writer has done a stellar job with Ironheart beforehand so we’re sure she’ll get this right. Here’s hoping it lives up to our expectations.

Champions #1 is scheduled for an April release.