If you’re a Dungeons and Dragons fan who loves Star Wars, then you’ve probably made a dozen campaigns that are based on the galaxy far, far away. Say what you will about the long-running franchise but it managed to make a perfect world where any kind of story can be told, whether it’s a gritty series about bounty hunters or an all-ages series about pilots. Well, for May the 4th, some fans and creators made an all-new campaign based on the series called Shard Wars.

Shard Wars was created by Drew Dawes, Sven Truckenbrodt, Stuart Broz, Kayla Bayens, Chris Hopper, Marco Michelutto, Marc Anderson, and Robert Mason. As can be seen from the art below, it’s clear that this is a love letter to Star Wars and they don’t try to hide that fact at all. From the battle between light and darkness to the awesome-looking sunsabers, there’s a lot to enjoy. 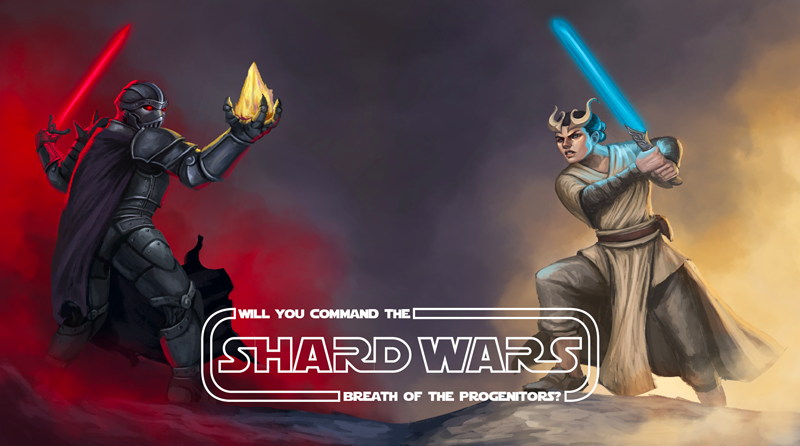 Fans who might be interested can check out the game now for $19.99 on DMS Guild. It sounds like a rip-roaring good time for fans of DnD and Star Wars so if you like both of those things, this shouldn’t be missed.