Why Are There Two Ai's in Wonder Egg Priority Season Finale? Who is the 2nd Ai Explained

By Madalena Daleziou | More Articles EpicStream Writer has loved fantasy books and films since she was a child, which prompted her to study a Masters in Fantasy Literature and make some magic with words.
April 01, 2021  01:29 PM

Wonder Egg Priority Episode 12 was nothing if not confusing. Time and again, the original CloverWorks show has been a demanding watch, asking us to draw our own conclusions. Understandably, a lot of us were confused by at least a few of the finale’s plot points. The appearance of another Ai was perhaps the most confusing of all. Why are there two of them and what does this mean for the Wonder Egg Priority universe?

Warning: If you don’t like spoilers, please come back to this article after watching Wonder Egg Priority Episode 12. Below we discuss major plot points including the episode’s ending.

Until the  Wonder Egg Priority Special comes out this June, we won’t know the full implications of the second Ai for the Wonder Egg universe but knowing the themes and plot points the 12- episode show has touched so far, we can always speculate. For this discussion, our main character will be referred to as Our Ai, and the alternative universe Ai will be called AU Ai.

In Episode 12, Our Ai proves herself to be a true unvanquished warrior. Even though her friends had horrible experiences in the dream world, she’s still determined to fight, protect a teenager in distress and come closer to saving Koito. What she did not expect, was to come face to face with herself.

Acca and Ura-Acca familiarise Our Ai with the concept of parallel universes, which in the world of Wonder Egg Priority is real, rather than fictional as Ai used to think. Each time a person makes an important, life-changing decision, the Accas explains, the universe forks, so to speak; another universe is created in which the person chose differently.

AU Ai wasn’t as lucky as our main character. Suffering from mental illness and constant bullying, she ended her life before having the opportunity to meet Koito or the other girl warriors. She even believed her teacher, Mr. Sawaki to be responsible for Koito’s death and her own – for the time being, the show neither confirms nor rejects this speculation.

The existence of an alternative Ai complicates an already complex show and forces us to reconsider several of the events we’ve witnessed so far. If there’s an alternative Ai, is there also an alternative Neiru, Rika, and Momoe? Could they have died too, in another world? And what about all the teenagers our main characters have rescued? Did they use to exist in the same world as the girls, or did they inhabit a parallel one? Where do they go after disappearing? And could AU Ai be just an artificial illusion made by the Accas? 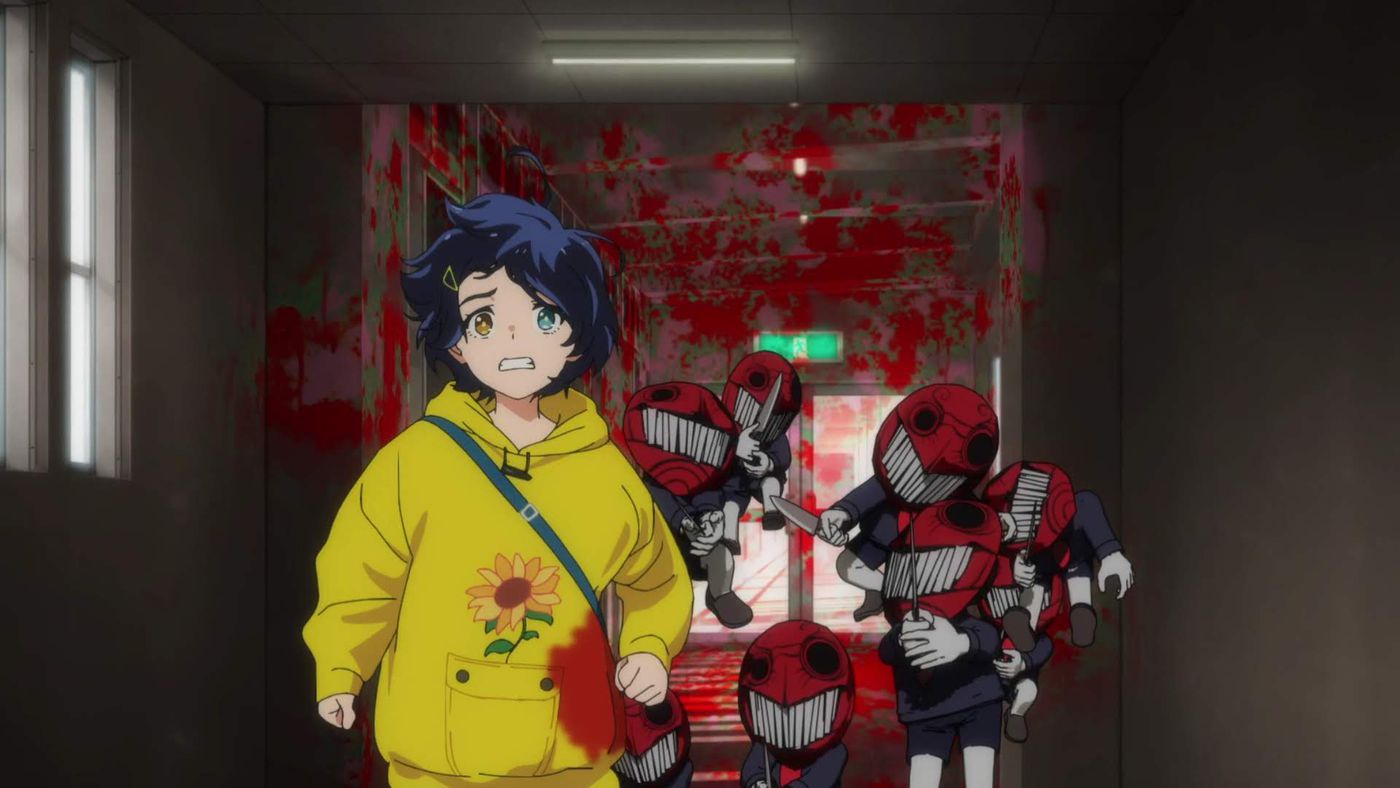 Let’s break this down a bit; Wonder Egg Priority and other anime like it, including Neon Genesis Evangelion, Angel Beats!, and Mawaru Penguindrum are so complex they might never make total sense. Sure, the Wonder Egg Priority Special will provide much-needed answers, but as a Season 2 seems unlikely now, it might be overly optimistic to hope for everything to be explained.

Perhaps it was never meant to. If we try to read the appearance of the second Ai, not only as another element of worldbuilding but as a part of the show’s wider themes, everything might make a little more sense.

AU Ai is easy to tell apart from Our Ai, not only because she’s in her school uniform but also because she’s really timid and shy. The important thing to take out of this is that Our Ai doesn’t condemn her, not even for a moment. The narrative doesn’t portray AU Ai as weak due to her suicide. Rather, it recognizes the complex factors that drive some young people to suicide and emphasizes the need for prevention and support.

Before this last trip to the wonder egg world, Our Ai told Neiru she is no longer sure if she wants to know why Koito died. She would rather remember Koito as a beloved friend who saved her, rather than someone reduced to the circumstances surrounding her death. She still wants to save Koito, but her words reveal the heart of Wonder Egg Priority. It isn’t a murder mystery or a shojo adventure. It has always been a story about friendship, mental health, and support.

Things get extra confusing however when AU Ai – who apparently committed suicide by drowning in a pool – and Our Ai both falls in the pool. After that, Our Ai – recognizable only by her yellow hairpin now – emerges from the pool alone and is welcomed by Koito. Due to Mr. Sawaki’s words, whether real or imagined, Our Ai almost gives up on life but eventually concludes that she wants to live.

Seeing that, AU Ai regrets her death, Our Ai tells her that her mother never stopped supporting her, and even understands that her mother’s relationship with Mr. Sawaki wasn’t necessarily selfish. Our Ai is now at a better place emotionally and is ready to reciprocate her mother’s support. 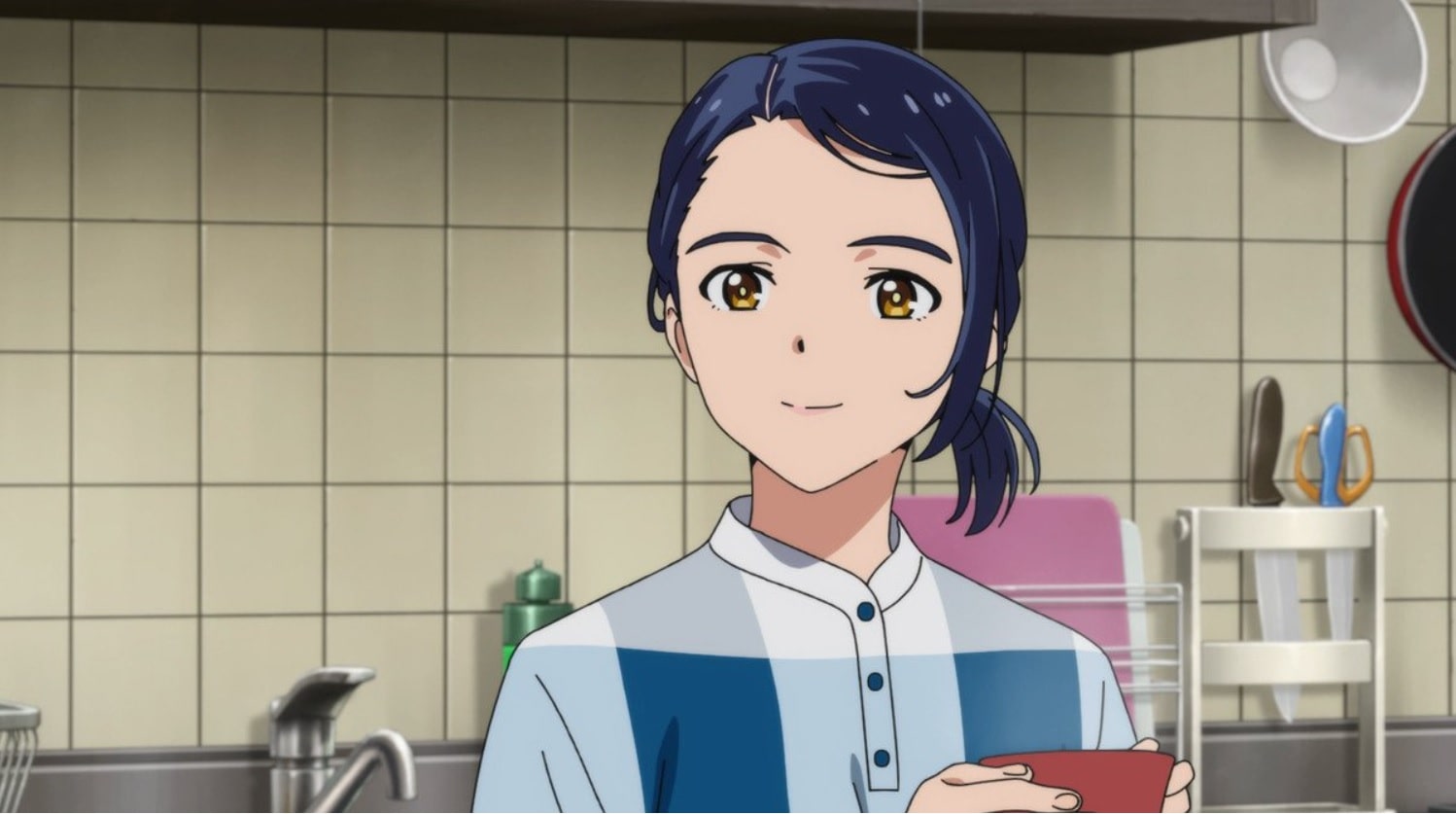 But even at that point, AU Ai is never treated as weak. How could she be, when Our Ai, who is essentially the same person, is strong? Our Ai recognizes that her death wish when she was bullied, had never been a weakness. She was always a strong person, who just found herself in a vulnerable position and was lucky enough to be saved through support – other girls weren’t as lucky.

The fact that Ai was strong all along has been alluded to since Episode 1. If you think about it, there’s always been a dissonance between her words and actions: she used to consider herself powerless, yet she dove to her wonder egg missions head-first. She used to say she’s reclusive and shy, yet she has always been friendly to the girls she saved, and in many ways, she brought her current group together. 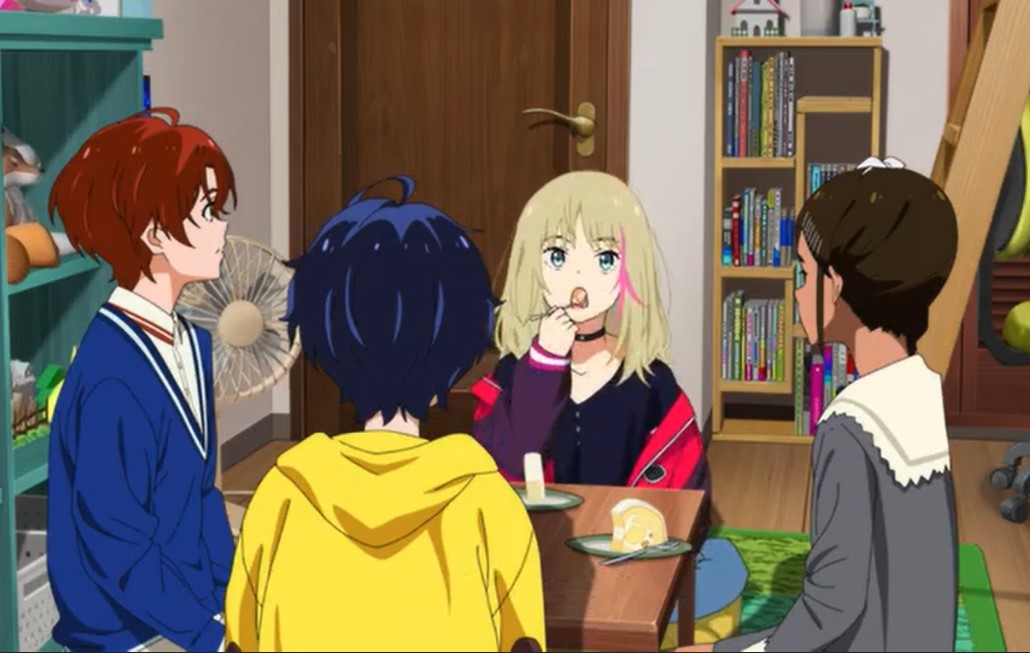 AU Ai’s timid, fearful voice and body language bring out the most vulnerable side we’ve seen in Ai so far. This doesn’t suggest that AU is weak. On the contrary; she might as well have been as strong as Our Ai – she just didn’t get the help she needed when she needed it, showing us why support and intervention matter.

In the episode’s final moments AU Ai is able to prove her strength and heroism; when one of Frill’s monstrous girls hits Ai and gouges out her eye, it can be hard to tell which Ai that is. But when she’s on the ground, the hair clip reveals it’s Our Ai. In a confusing turn of events that we don’t fully see on screen, AU Ai sacrifices herself, and we see her on the ground missing an eye before disappearing.

The episode ends with Our Ai back home, realizing he AU self saved her. We aren’t entirely sure how this is possible, but the AU Ai seemed happy to make this sacrifice for her alternative self who still had a chance to live. Of course, there’s the question of why AU Ai didn’t disappear immediately as the other girls' Our Ai saved, but as we’ve already said, it’s almost unrealistic to expect everything to make sense at this point.

Surely, the Wonder Egg Priority Special will have some answers plot-wise. For now, the message we are meant to take home might be simpler:  having friends who are there for you when you need it the most can be life-saving, and you, in return, have to use your gifts to save someone – even if that someone is yourself.