The Lord of the Rings: Who Is Tom Bombadil and Why Isn't He in the Movies

By Madalena Daleziou | More Articles EpicStream Writer has loved fantasy books and films since she was a child, which prompted her to study a Masters in Fantasy Literature and make some magic with words.
January 13, 2021  04:36 PM

Tom Bombadil is arguably one of the most enigmatic characters in The Lord of the Rings, and one of the few book-only characters to be so well-known and loved. In The Fellowship of the Ring, he plays a key role, saving the hobbits and providing much-needed hospitality and aid early in their journey. But who is he really? And why is such an important character omitted in Peter Jackson’s otherwise faithful adaptation?

Bombadil makes an appearance in the sixth chapter of The Fellowship of the Ring when the hobbits find themselves lost and overcome by unnatural sleepiness. Soon enough, Merry and Pippin, who are infamous for their ability to get in trouble, are trapped by the trees they were resting on, not knowing they are sentient. Frodo and Sam desperately call for help and are met with a song instead of an answer; Bombadil’s song precedes him. His tune sounds like gibberish at first – likely a deliberate choice, given that most of Tolkien’s songs are carefully crafted, but when they start making out the words, the hobbits are enchanted… and this might be more than a metaphor.

Here is the song:

Hey dol! merry dol! ring a dong dillo! Ring a dong! hop along! fal lal the willow! Tom Bom, jolly Tom, Tom Bombadillo! Hey! Come merry dol! derry dol! My darling! Light goes the weather-wind and the feathered starling. Down along under Hill, shining in the sunlight, Waiting on the doorstep for the cold starlight, There my pretty lady is, River-woman's daughter, Slender as the willow-wand, clearer than the water. Old Tom Bombadil water-lilies bringing Comes hopping home again. Can you hear him singing? Hey! Come merry dol! derry dol! and merry-o, Goldberry, Goldberry, merry yellow berry-o! Poor old Willow-man, you tuck your roots away! Tom's in a hurry now. Evening will follow day. Tom's going home home again water-lilies bringing. Hey! come derry dol! Can you hear me singing? Hop along, my little friends, up the Withywindle! Tom's going on ahead candles for to kindle. Down west sinks the Sun: soon you will be groping. When the night-shadows fall, then the door will open, Out of the window-panes light will twinkle yellow. Fear no alder black! Heed no hoary willow! Fear neither root nor bough! Tom goes on before you. Hey now! merry dol! We'll be waiting for you! Hey! Come derry dol! Hop along, my hearties! Hobbits! Ponies all! We are fond of parties. Now let the fun begin! Let us sing together! 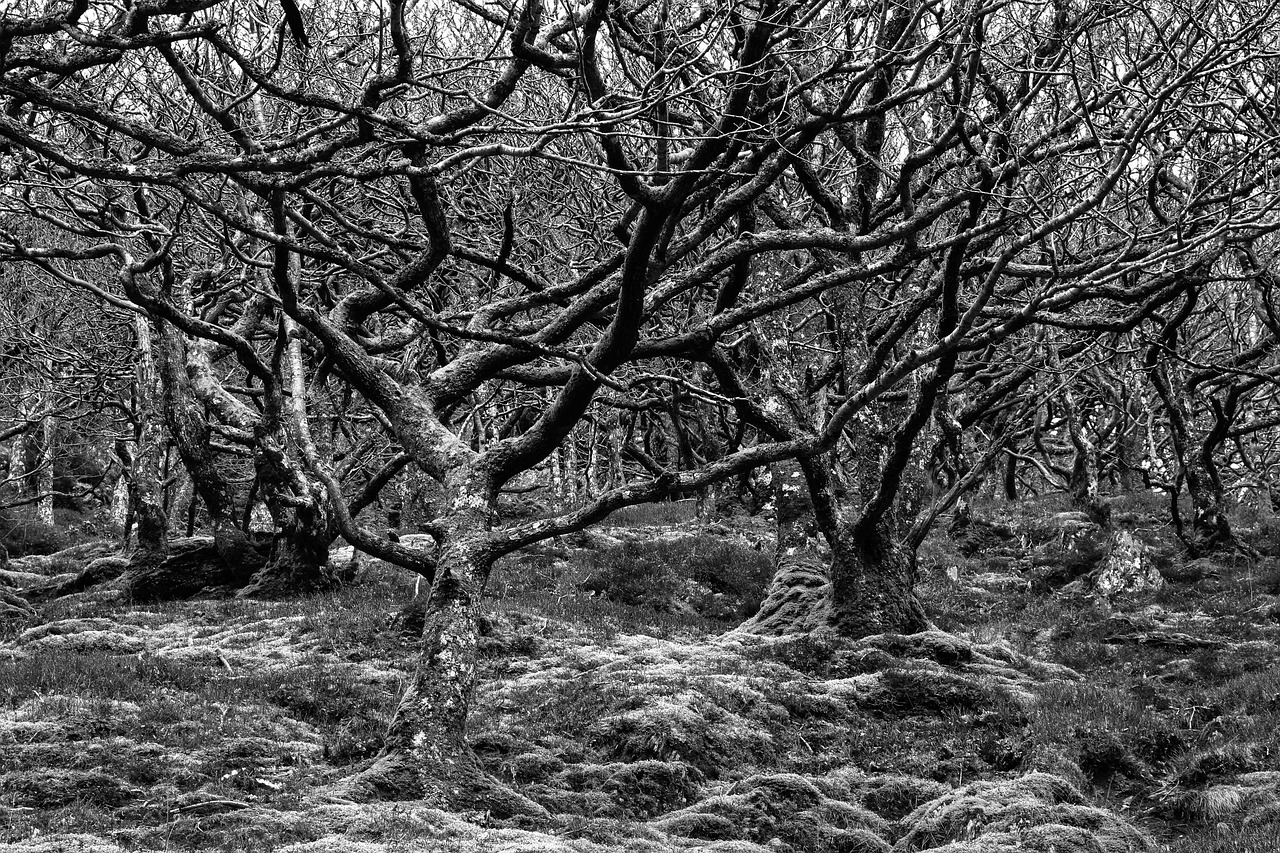 How Did Tom Bombadil Save Merry and Pippin?

The fact that Bombadil sings when the hobbits first meet him is telling. His voice has a magical quality about it, or, at least, this is strongly implied in the way he rescues Merry and Pippin. He does not use brute force, as other characters might have done, nor does he perform magic as such. He simply commands the trees to release the hobbits, and, impressively, the trees obey. His actions are never explained which only adds to the mystery and his reputation as one of the most enigmatic characters.

Tom Bombadil and His Wife

As Frodo and Sam observe, Tom Bombadil is not small enough to be a hobbit but still seems a little too small to be human. His race is never confirmed, and his wife, Goldberry, is no less mysterious. Tolkien never confirmed her origins or race, but she calls herself “daughter of the River” while her husband mentions that she’s a River-woman’s daughter. While the term is never explained in The Fellowship of the Ring or elsewhere, many fans speculate that – given Bombadil’s mysterious power – Goldberry is just as likely to be a magical being, likely some sort of nymph or river spirit. 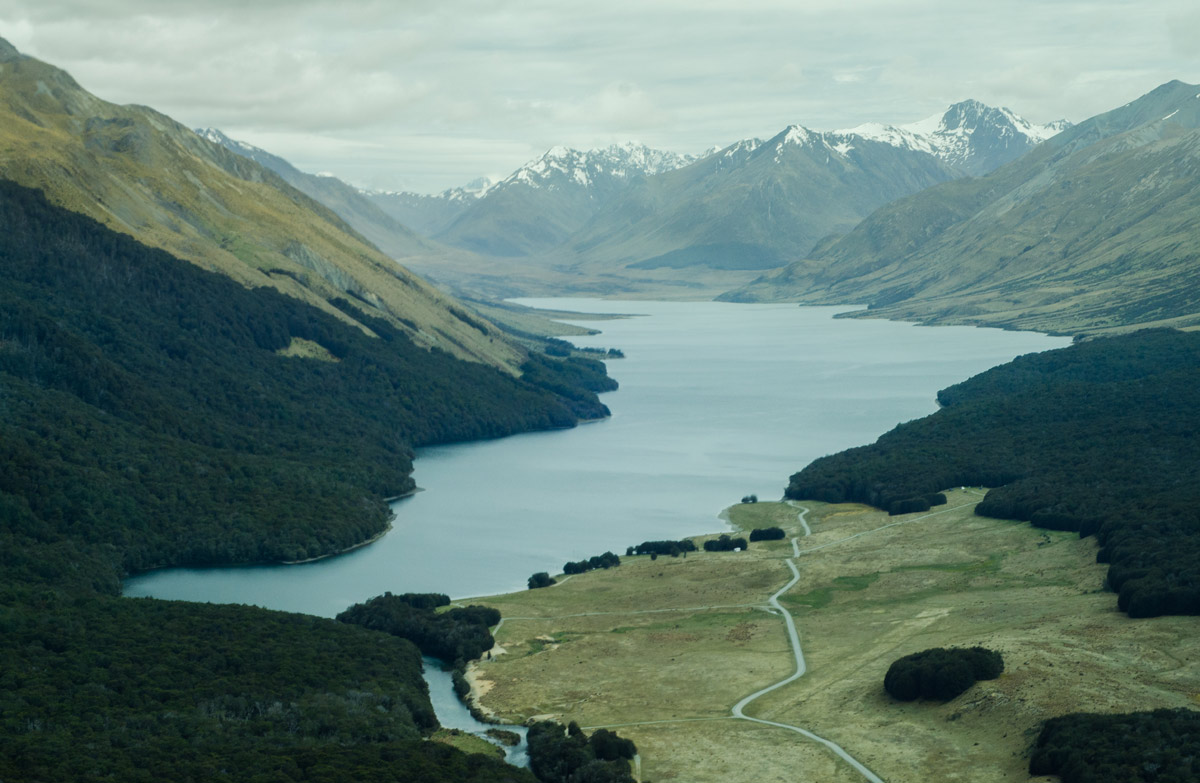 Why is Tom Bombadil Not Affected by the Ring?

Undoubtedly, the strange couple has given book fans much to speculate about since The Lord of the Rings was first published. But one of Bombadil’s most curious qualities is, perhaps, the fact that he is completely unaffected by the One Ring which causes other characters so much pain. Spending time with him, Frodo trusts him enough to go against Gandalf’s advice and talk about his quest. Tom demands to see the Ring, which is only to be expected, given its importance. But when he puts it on, the Hobbits are shocked to find that he does not become invisible.

Bombadil’s seemingly unlimited power and the absence of others like him are in themselves enough to set him apart from any other character. The fact that he isn’t influenced by the Ring takes this even further, suggesting that he inhabits a different realm and is exempt from the very laws that make Middle Earth the setting we know. While his power has prompted many fans to consider him a Maiar, like Gandalf, Saruman, and Sauron, it should be noted that his and Gandalf’s reactions to the Ring are very different, with the latter being afraid of temptation by it, just like any other character. 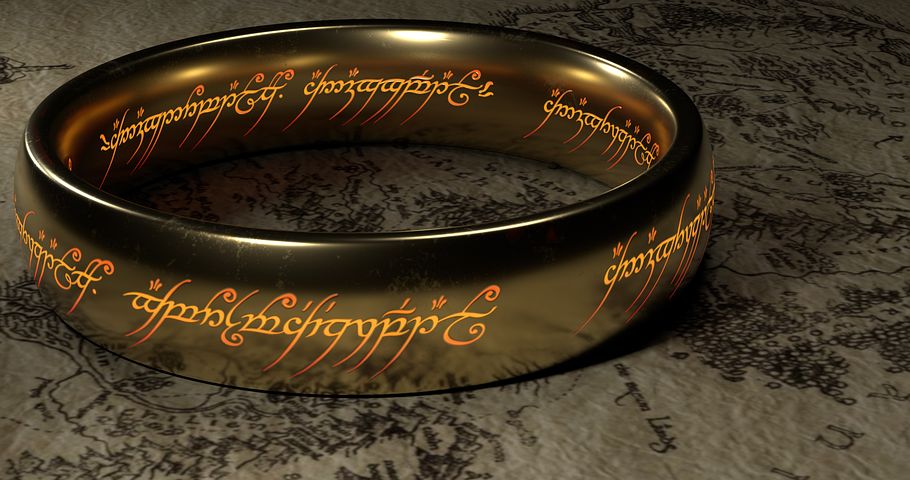 Why Didn't Tom Bombadil Take the Ring to Mordor?

As is the case with any story so well-loved as The Lord of the Rings, fans will often speculate on how things could have unfolded differently. As Bombadil is unaffected by the Ring’s corruptive influence, some have wondered why he was not the one to take the Ring to Mordor. This might seem like a fair question, but it’s a relatively easy one to answer compared to other enduring mysteries surrounding his character. In the Council of Elrod, it’s suggested that, while the Ring does not affect Bombadil, he can’t necessarily prevent it from hurting others. More importantly, his attitude towards the Ring is telling. The way he laughs off such an important matter suggests that he wouldn’t be as good a ring-bearer as some fans would believe. Rather, he would likely treat the Ring irresponsibly, not fully understanding the gravity of darkness he’s immune to. Besides, Bombadil’s power might be limited by space, if not by anything else, as Gandalf implies he might only be powerful in his own, small realm.

Why isn't Tomb Bombadil in the movies?

While not exact copies of the book, The Lord of the Rings movies are generally considered to be faithful adaptations. So why is such a compelling character missing? A possible answer might lie in the different conventions governing different media. The book, and particularly the chapters in which Bombadil appears, is characterized by a dreamlike quality and relatively little action. This would likely make the hobbits’ time with Bombadil and Goldberry quite difficult to adapt in an already long film. Bombadil’s refusal to be involved with the Ring (and consequently with the main plot of The Lord of the Rings) might have made him an obvious candidate for removal. After all, even the most faithful adaptations have to omit certain elements or combine characters, as was the case when Arwen, rather than book-only character Glorfindel, carries a wounded Frodo to Rivendell. This way, the viewing experience becomes more concise and digestible.

But for those who are still disappointed about this omission, all is not lost. With the new Amazon The Lord of the Rings prequel series being under production, many have wondered if Tom Bombadil will make an appearance. Nothing has been confirmed yet, and it might be argued that the screen could never do justice to such a mysterious character. However, with so many cast members having been announced recently, and so few assigned roles confirmed, everything is possible.

Over the years, many fans have read Bombadil’s words carefully, trying to read between the lines and pin him down. But when Frodo straightforwardly asks him about his identity, the old man dismisses the question. “Don’t you know my name yet?” he demands. In the entire Fellowship of the Ring, this might be the quote that best represents him best. In the end, no matter how much fans speculate, Tom Bombadil is exactly that: Tom Bombadil, a character unlike any other, who defies things we take for granted about Tolkien’s setting, reminding us how rich and complex it is.

Related: The Lord of the Rings Prequel Synopsis Seems to Tease Series' Focus on [SPOILERS]