By Madalena Daleziou | More Articles EpicStream Writer has loved fantasy books and films since she was a child, which prompted her to study a Masters in Fantasy Literature and make some magic with words.
March 30, 2021  03:24 PM

Shadows House already looks like an exciting entry in the Spring 2021 list. The supernatural anime is based on a manga series of the same name, written and illustrated by Shoumatou. Those who haven't read the manga only have the trailer to judge from, but things look spooky and aesthetic! Here you'll find everything you need to know about Shadows House before the premiere's release date.

In the titular Shadows House, Emilyko, a young girl, is a "living doll." She works as a servant in the mysterious Shadow mansion, along with other girls and boys. Her duties include cleaning up the soot constantly emitted by the house occupants, literal shadows, completely dark and featureless, only shaped and dressed like humans.

Emilyko's main duty is serving her lady, Kate Shadow, a young shadow girl who looks exactly like her - in terms of shape only, of course. Already, the premise looks unique and we're excited to find out more about the house's secret and the nature of its owners.

Shadows House Episode 1 is going to be released on the 10th or 11th of April, depending on your timezone. The show is licensed by Funimation, meaning that premium users will be able to watch Shadows House simulcast. The episodes will then become available for free a week after the original release.

We are expecting Shadows House to air at around 00.30 AM JST on the 11th of April. Should these times remain correct, Episode 1 will air in different time zones as follows:

Shadows House Episode 1 Where to Watch 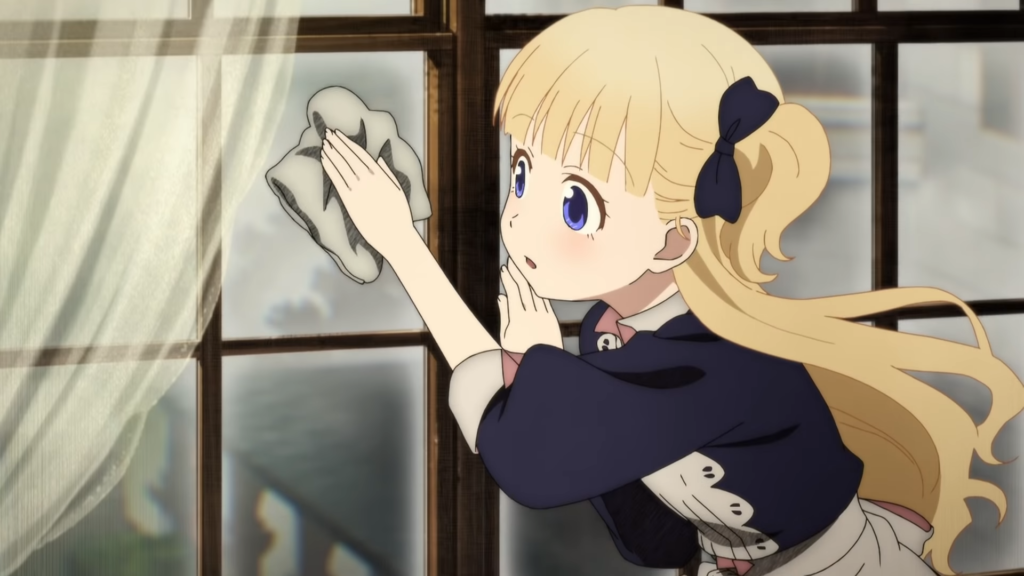 Whether or not you have already read the Shadows House manga, this is a very exciting premise, which will come to our screen in just 11 days.

Watch out for the premiere of Shadows House on the 10th of April.