By Madalena Daleziou | More Articles EpicStream Writer has loved fantasy books and films since she was a child, which prompted her to study a Masters in Fantasy Literature and make some magic with words.
April 13, 2021  01:51 PM

Fruits Basket Season 3 is already getting progressively darker. Episode 2 has just aired, revealing a lot of insights about Shigure, one of the most enigmatic characters in the series.

Even during the lightest moments, you can't help noticing a sense of foreboding. Things are getting serious for our favorite characters; they have all come a long way, and we can't wait to see what Season 3 has in store for them - some pain can be expected.

Are you looking forward to Fruits Basket Season 3 Episode 3? Then go no further; below you will find our handy guide with an Episode 2 recap and everything you need to know about 3 Episode 3, including its release date and time.

Fruits Basket is based on Takaya Natsuki’s manga of the same name and one of the most popular shōjo works. Many fans have fallen in love with the adventures of high-school girl Tohru Honda who moves in with her classmates Yuki and Kyo Sohma only to find that members of the family are possessed by Chinese Zodiac spirits, and at the mercy of Akito, the terrifying head of the family.

Season 2 ended with the revelation that Akito is actually a girl, who was nevertheless brought up as a boy by her abusive mother, Ren. Kureno has revealed that he's in love with Tohru's best friend, Arisa, but can't be with her because he can't abandon Akito who needs him

Warning: The recap below is for those who want to refresh their memory before Episode 3 comes out. If you haven't watched Episode 2 yet, you might want to skip to the next section, as there will be spoilers here.

Episode 2 delves into the relationship between Akito and Shigure. Already from the first season, there had been hints that Shigure is more than a goofy, totally carefree writer, even though he likes to present that way. While his machinations have yet to be fully revealed, there's something he wants; and he doesn't mind endangering Tohru and his young cousins to get it.

Evident in the episode is the tension between Akito and Shigure. The two have been in a sexual relationship for some time, and Shigure claims he cares about Akito more than anyone - but there's selfishness in this love and they both hurt each other repeatedly.

In a twisted revelation, we find out that Shigure has slept with Akito's abusive mother, Ren, even though it's Akito he wants to be with. For his part, Shigure wants to punish Akito for having slept with Kureno; to Akito, this is an act of possessiveness, rather than love as she wants to control all the zodiac members.

While we knew from the beginning that the Sohmas are a dysfunctional family, these adult themes are one more step into the darkness. No wonder that Tohru is so troubled, and she only knows part of the story. Episode 3 might reveal more details about this twisted dynamic. 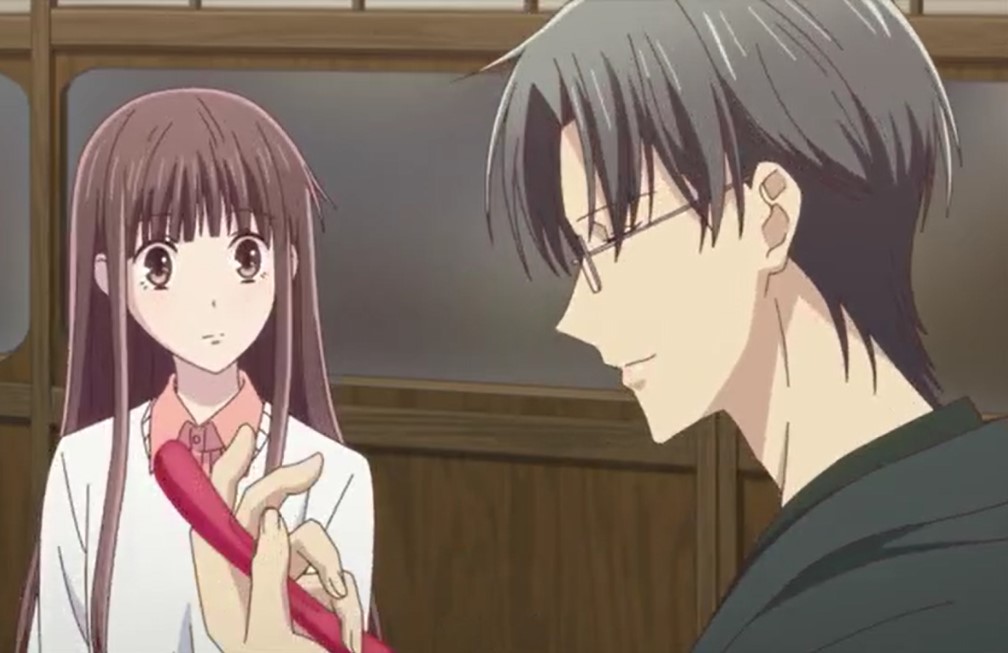 Fruits Basket Season 3  Episode 3 will air on Tuesday, the 20th of April 2021 in Japan, which translates to Monday the 19th of April for several other timezones. So far, the show's timeline looks very similar to that of the two previous seasons' so it only remains to see if the Final Season will follow the previous two in having 25 episodes.

Non-premium Funimation users will have to wait a week longer, until the 27th of April, to watch Episode 3, while those using Crunchyroll might have to wait a bit longer. 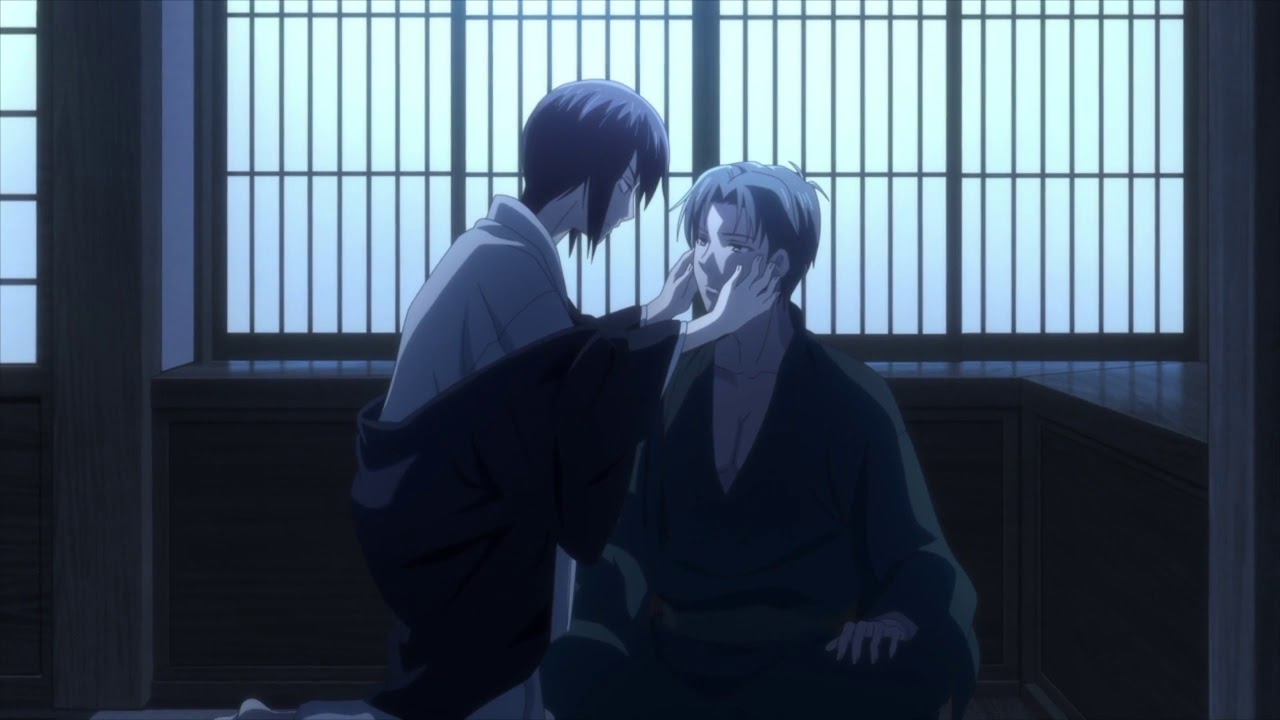 We are expecting Fruits Basket Season 3 Episode 3 to air at around 1.30 AM JST on the 20th of April. If these times remain correct, Episode 3 will air in different time zones as follows: 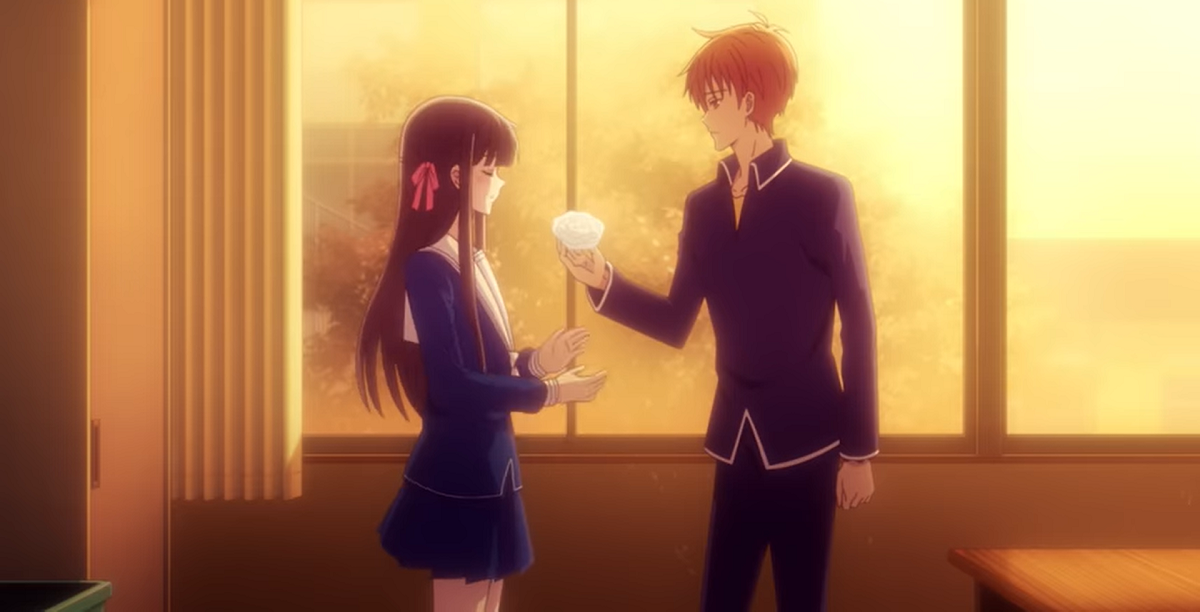 Fruits Basket Seasons 1 and 2 are currently available on Crunchyroll, Hulu, and Funimation in Japanese with English subtitles and in other languages. In the former, the Japanese subtitled version is going to be Simulcast with episodes releasing at the same time as in Japan.

Funimation is where you can watch the dubbed version of Fruits Basket Season 3. The episodes air weekly alongside the Japanese ones, making this a true Simuldub.

Fruits Basket Season 3 Episode 2 will air in less than a week for premium Crunchyroll and Funimation users.

Meanwhile, check out the show's trailer, and in the improbable case you aren't yet persuaded to start watching Fruits Basket, we have gathered some reasons why the show is totally worth watching.

Other great anime you can watch this season include To Your Eternity and MARS RED.