The Eternals Writer Reveals How the Story Affects the Marvel Universe

In 1976, Jack Kirby made his return to Marvel Comics and created The Eternals. While he never concluded the story, various writers have worked on the characters since then. Kieron Gillen is the latest to pen a new comics run following the god-like beings before they make their theatrical debut next year.

Speaking to ComicBook.com via email, Gillen talks about his plans for the Eternals and how his story will affect the whole Marvel Universe. “For me, it’s the ideal mix of huge and contained,” he said. “It’s touching some of the most important players and pieces in the Marvel universe (and so clearly is going to echo out) while also being entirely it’s own book, a singular compelling statement.”

Gillen adds that the opening year is an “epic” and its aim is to be “classic.” His comic series won’t actually require readers to know about the Eternals’ past. “I’m presenting it as a clean entry into a whole wonderful mythology,” he said. “Those who know it will hopefully be charmed when they see all the aspects have been integrated, tweaked, and re-imagined, but it’s designed to be accessible.” 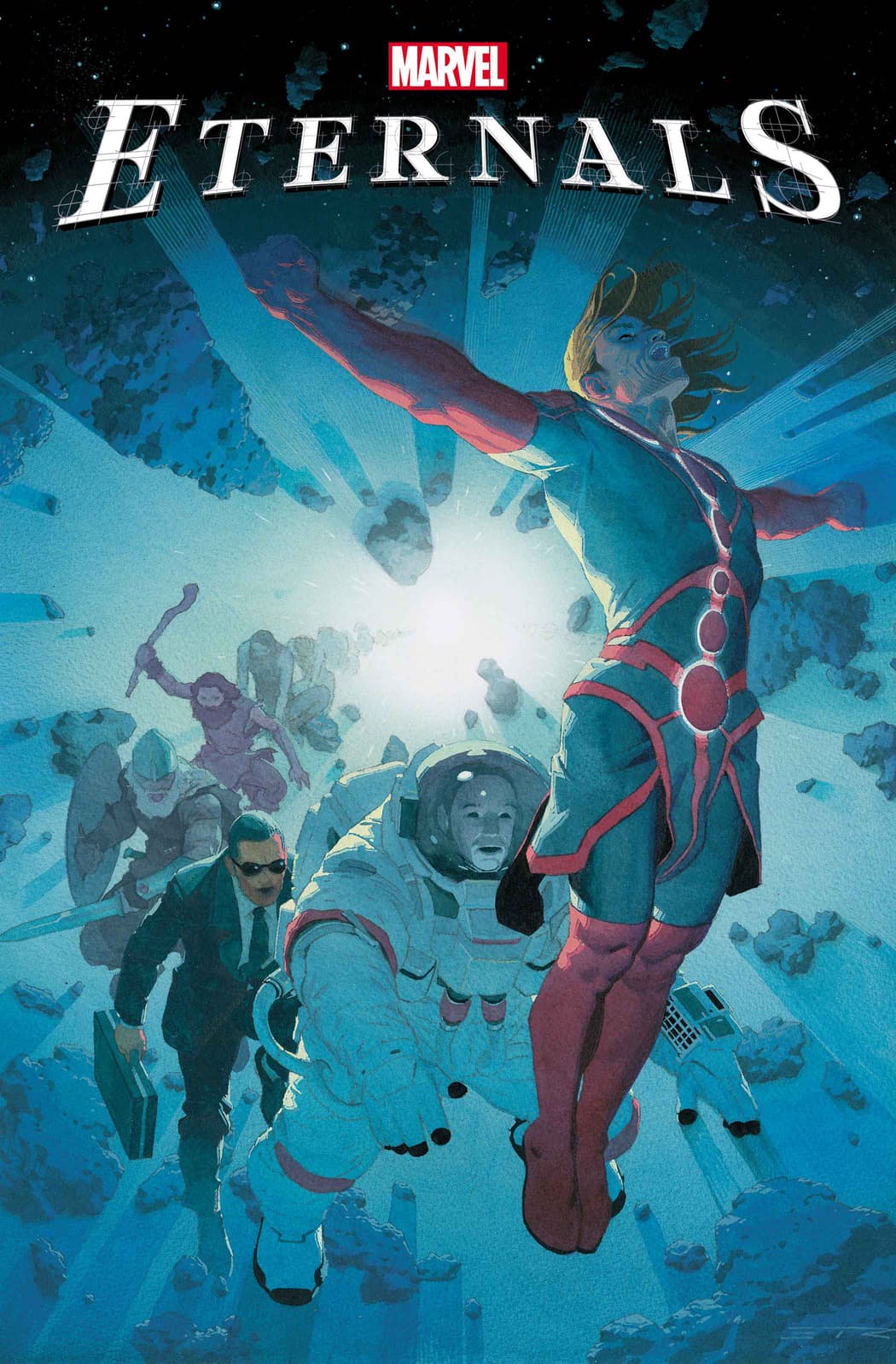 If fans want to read up about the characters, Gillen recommends Neil Gaiman and John Romita Jr.’s mini and Jason Aaron’s most recent Avengers. However, he says this is only “extra credit stuff” and isn’t necessarily something that readers should know about. “What you need to know, I’ll introduce,” he adds.

The Eternals will face a huge change in the upcoming book. As Gillan points out, “‘Eternal’ means unchanging,” and they have been having “arguments” as to what this exactly means. While they are demanded to remain and continue, the writer teaser that this could cause “all manner of tension.”

Eternals #1 will be available this November. You can check out the solicitation below!

Art and Cover by Esad Ribić

What’s the point of an eternal battle?

For millions of years, one hundred Eternals have roamed the Earth, secret protectors of humanity. Without them, we’d be smears between the teeth of the demon-like Deviants. Their war has waged for all time, echoing in our myths and nightmares.

But today, Eternals face something new: change. Can they – or anyone on Earth – survive their discovery?

From the thought-provoking minds of Kieron Gillen (The Wicked + The Divine, Uncanny X-Men, Thor) and Esad Ribić (Secret Wars, King Thor) comes a new vision of the classic Marvel mythology!