Spider-Man Officially Comes to Avengers Game in 2021; Will be FREE for PlayStation


Square Enix had just recently revealed that Hawkeye will be the first DLC hero for their Avengers game, and rumor has come out that Spider-Man was going to be playable as well. The good news is, it looks like Peter Parker’s arrival to the game is actually true.

As officially announced on the PlayStation Blog, Spider-Man will be swinging alongside Ms. Marvel, Iron Man, the Hulk, and Thor sometime in 2021. We don’t know exactly when Spidey joins the gang, but it’s been confirmed he is coming early in the year and that he will also be free for PlayStation users.

While some may think that the Spider-Man coming to Avengers would be a variation of Insomniac’s webslinger, that doesn’t seem to be the case. “To make sure this team-up goes smoothly, Vince Napoli, our Lead Combat Designer, is hard at work making Spider-Man just as great on the sticks as he is on the page,” says Crystal Dynamics’ associate art director Jeff Adams, “This means making sure our hero moves and fights like he should, no matter which one of our War Zones he finds himself in.  When he’s arcing through the air on his web line, we want you to feel graceful and light, and be able to utilize a variety of web configurations and gadgets to enhance your traversal.  Spider-Man’s impressive acrobatic abilities will complement the experience, allowing you to seamlessly transition from navigation to combat.”

As for the suit, it’s said that it will be heavily inspired by the blue and red design from Steve Ditko and John Romita. No doubt there will also be alternate skins, one of which is likely the PS4 suit with the white Spider. 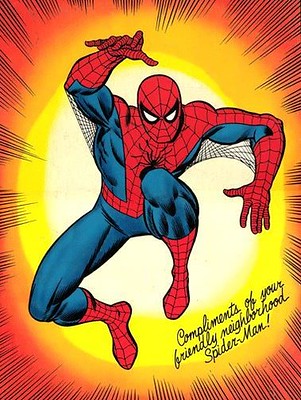 The roster for Avengers: A-Day continues to grow, and it’s likely Spider-Man won’t be the last hero to be added. Catch Marvel’s Avengers when it comes out Sept. 4.

Read Also: Marvel's Avengers Might Include Spider-Man as a PS4 Exclusive

Bayani Miguel Acebedo is a pop-culture dork. When he's not scouring the internet for news on the latest movies and games, he's building Star Wars model kits and playing Overwatch. He's a huge Star Wars geek, and his favorite X-Wing pilot is Jek Porkins. He likes Kevin Smith and Jared Hess movies, and he also does cosplay. What a nerd.
@Bayani Miguel Acebedo | [email protected]
Previous News Next News