When the redditor one23abc was ten and his older brother was twelve, they found themselves bored and looking for a way to have fun. Unfortunately, they didn't have the money for popular video games or trading cards like Pokémon. With plenty of free time, and not much money, they started developing and creating their own trading card game over the course of the next four years. Here are the fruits of their labor: 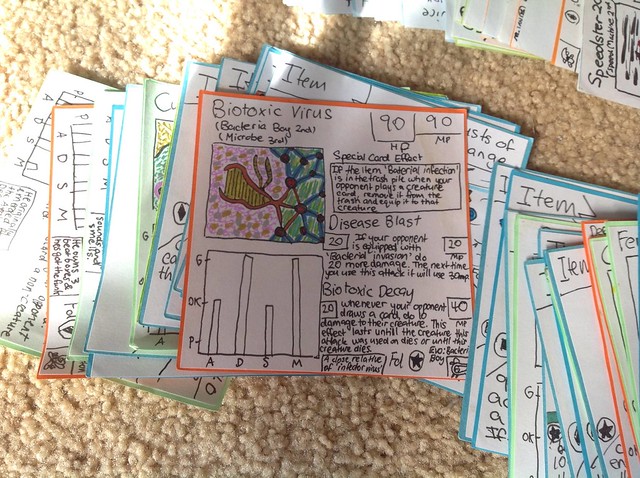 The card game has a decent level of complexity to it. Here are the basics of the game according to one of the brothers:

"There are 3 types of card: creature, evolution and item. At the start of the game you start with 3 creatures, 1 evolution and 1 item. Play is divided into player turns. You can think of each turn as having five of phases; draw, item, summon, attack (or evolve), then end. Most items can only be played during the 'item' phase. However some items can be played on your opponents turn under certain conditions (think of them as 'trap' cards from yugioh)

If your creature has an evolution, you may chose to evolve instead of attack. A creature has to attack at least one time before it may evolve to the next stage (creatures typically come in 1 stagers, 2 stagers, or 3 stagers, with the latter being the least common but most powerful in a deck)"

Below is a showcase of many of the cards the brothers developed: 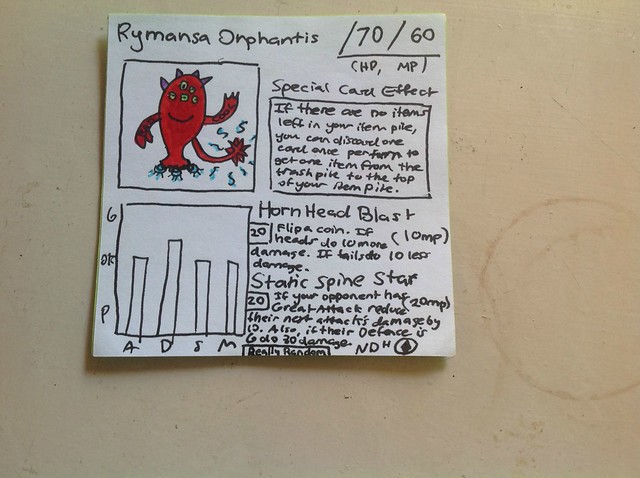 The duo ended up creating multiple decks from their creature cards.

"We had seven decks;

H and R obviously our initials"

I'm both surprised and impressed by the level of detail that went into this card game. Although not professionally done, the art is entertaining and adds decent flavor to the game. You can read more about it on reddit.