Si Vis Pacem, Para Belum – As Kol supplies the other Klingon Houses with cloaking technology, the tide of war is turning against The Federation. Could the natural wonders to nearby planet maybe the key to stopping this? Stament’s spore interface is taking its toll and L’Rell tries to cut a deal with captive Admiral Cornwell.

The title translates from Latin as, “If you want peace, prepare for war”...Isn’t education fun? So this episode is one hell of a looker! From the frantic opening space combat affair to every jaw-dropping moment on the featured planet the visual effects team have earned a batch of Romulan ale this week. In the opening sequence, I really liked the way the shots were framed to make the ship combat more chaotic. They showed the Discovery far less in control of the situation than we’ve seen in recent episodes thanks to their Spanish Inquisition-like Spore Drive. The bodyguard style, taking the bullet/torpedo shots were also some of the coolest moments the show has produced to date and it all served towards the narrative purpose in showing the turning war tide. That The Discovery and her tech is no longer the trump card in the deck. 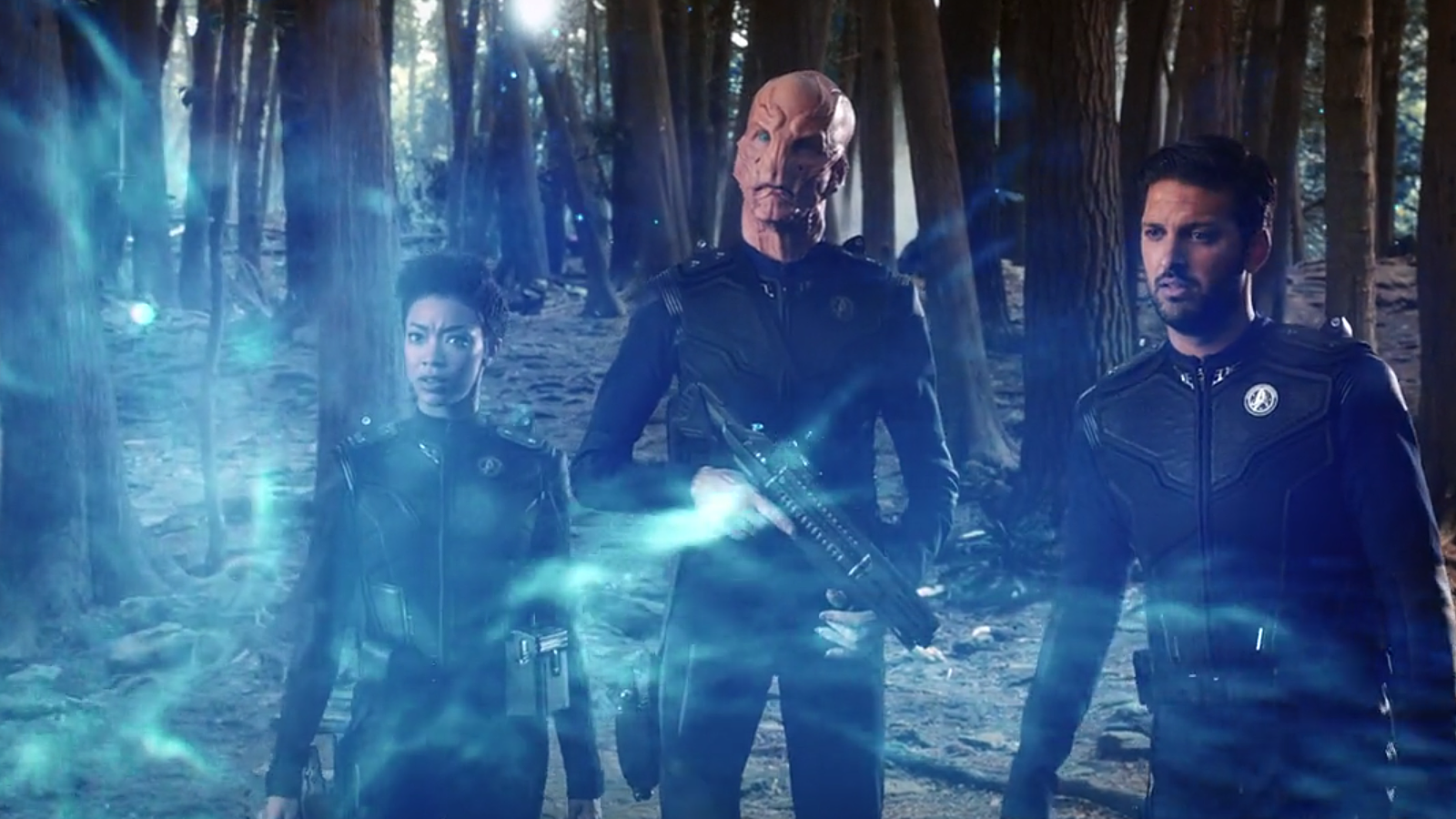 As for the planet Pahvo, even considering the show has some deep financial pockets the scenery is breathtaking by TV standards. From the pivotal crystal tower to the pastel-shaded foliage and spectral-like creatures, it’s an absolute feast for the optic sensors. The story it develops with Saru is also a lot more rewarding than expected. The earlier scenes have a nice Arrival vibe to them as he tries to develop communication but the later exploration of his natural fear & paranoia mindset the really becomes interesting. It’s a demonstration of the power of fear through a medium of peace by showing how powerful an effect not being afraid has on Saru. At some points in the middle of the episode, this does feel a bit generic and forced; a standard-issue character drunk the alien kool-aid debacle but ultimately develops into a much more satisfying chain of events. This even permits our first dip into examining Tyler’s PTSD following his capture. He openly admits a need to hurt the enemy rather than just defeat them. It’s something Walking Dead fans will be familiar with in recent episodes from characters like Morgan and Tara.

The Klingon scenes were a more mixed affair. The bookending exchanges between Kol and L’Rell were business as usual, dramatically flat as the visually stiff subtitled characters fail to get much across. However, the girl’s night between L’Rell and Admiral Cornwell was much better. Their scenes together further developed L’Rell as a master schemer and lets Jayne Brook surprise with her much of a badass her Admiral actually is (suddenly Captain Lorca’s attraction makes more sense). Some of the developments felt more predictable in their attempts to set up future surprises they could still work if played at the right time. Speaking of timing the brief Stamets scenes were nothing more than embedding for future events. While there was some merit to his conflict of placing his loved one, Doctor Cruz, in an awkward position, I would have liked more content here. It’s been obvious for weeks that Stamets was going to start spacing out over being a human fungus highway navigating supercomputer so we really needed to see this have more consequences than just snapping at Tilly. Although at the same point, making Tilly his confident does give her something more to do than mere comic relief so that’s an upside.

There's an interesting cliff-hanger as we reach the midpoint of this 15-episode run. Discovery gives us another smart, great looking and overall very Trek episode that doesn’t let its longer-term investment material detract from its immediate story. Or as they’d say in Latin (Yes, Google Translate does Latin), “Magna res”.