Inhumans - S1E7: Havoc in the Hidden Land" - Review: Events Escalate Towards a Climax

Havoc in the Hidden Land – The Royal Family returns to Attillan seeking parlay with Maximus and a peaceful resolution to the conflict by permitting his 2nd Terragenesis. The outcome will see the city in chaos.

It’s interesting to note that more happens in this episode than probably episodes 2-4 combined. Now, you could compare this to the recent (and awesome) 2nd season of Stranger Things which was also a slower progression of build-up before an all-out final two episodes. That’s the big difference for this episode of Inhumans. While the episode entertains for being eventful, because the show couldn’t get its season long build-up correct, it doesn’t carry anywhere near as much impact. There are still some good gestating developments though. Looking back across the season, I now like what they’ve done with Auran’s storyline, starting out as the hard believing henchmen of Maximus before coming discover his agenda was personal rather than for the people. It bridges the main episode theme across the antagonists and protagonists over personal vendettas or considering the greater good. For Maximus, this is the conflict of fulfilling his promises to Attillan’s people of a more equal system against his desperate need to become a card-carrying, power-bearing Inhuman. There’s some nice irony there in the way he is advocating for the rights of the commoner while trying to ascend to the elite. 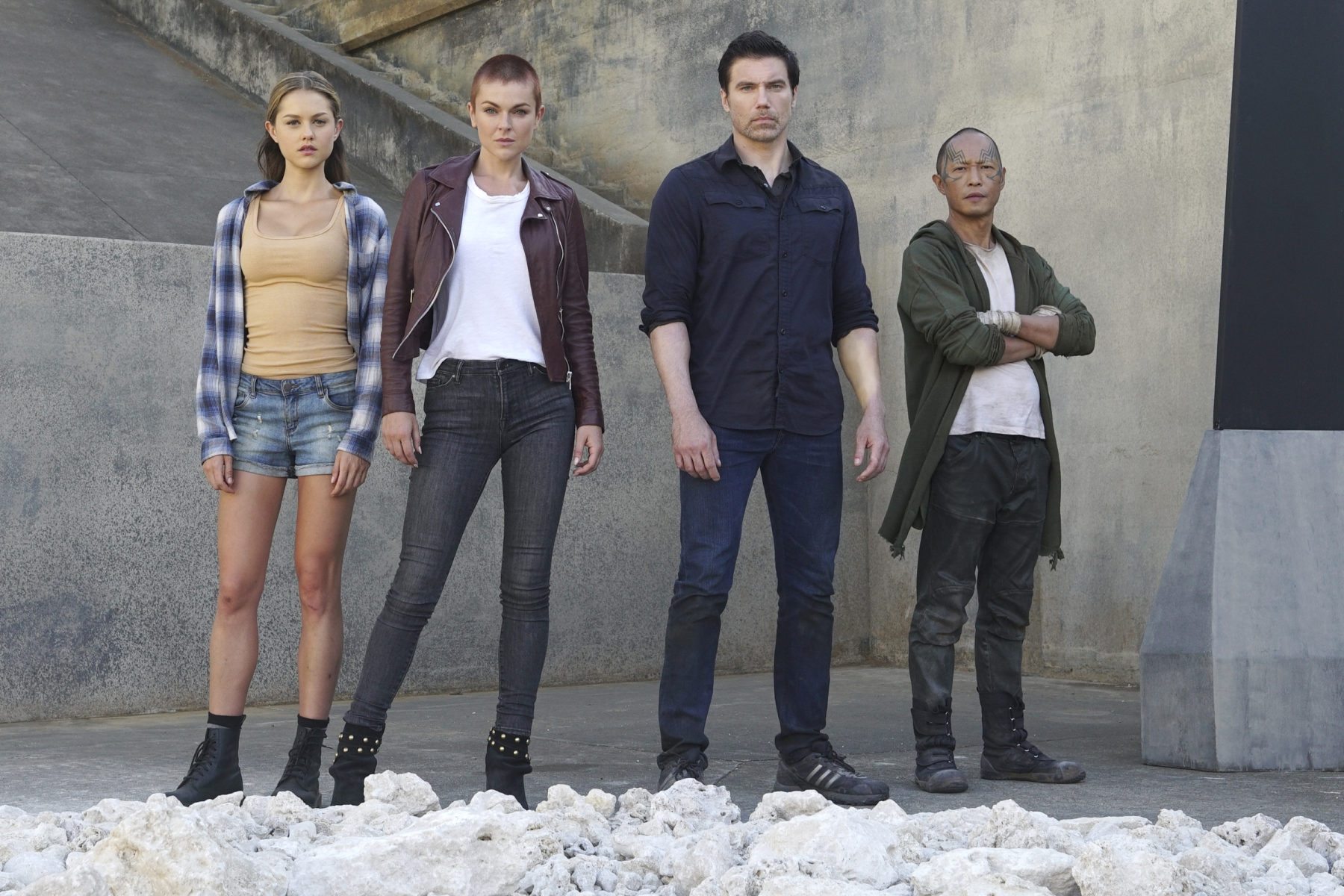 Then on the flipside, we have the conflict within the Royal Family over the fate of Maximus after they retake the city. This also sees the episode make good use of its build in the way it has created Medusa as the devil’s advocate over the flashbacks to her parent’s beliefs and her human interactions with Louise. While we can also understand Karnak’s need for blood vengeance following the death of Gorgon, the dialogue is structured well to present Medusa as the voice of reason and justification for seeking parlay rather than going in guns blazing.

One thing I really didn’t like was the all too obvious return of Triton (I’m not even calling it a spoiler) like it was the plan all along. His supposed death saw him falling into the ocean but being someone with aquatic based powers this looked about as fatal as a pillow fight. Then, there is the complete lack of impact in his return because barely on screen for 5 minutes in the first episode before his demise, giving us very little to care about his comeback. Admittedly, he does get a little redemption by a delivering a good fight scene later in the episode to at least show that he has value to being back on screen. The episode also leaves nothing for Crystal to do other pine for her newly found fella back on Earth and really spelling it out that she’ll end the season by choosing to stay with him in Human society. It’s rather frustrating because Crystal started out as an interesting character but now, she’s just become a one note affair of young love.

The episode concludes on some good notes to setup the season finale with a city in turmoil and an emerging threat that could force Black Bolt and Maximus to put their differences aside, Thor & Loki style. The show still has something to prove going to this climax if it wants to continue or whether it should make way for a different Marvel project.