Marvel sure loves to spoil their secrets huh? At least when it’s not related to any MCU movies. The company might be tight-knit about movie secrets but when it comes to their own comics, they’re quick to let everyone know their biggest secrets. If you haven’t picked up Empyre #4 yet, be warned since there are major spoilers that will be happening here.

Hulkling and Wiccan, founding members of the Young Avengers, were revealed to be married at the end of Empyre #4. That’s right, they did not get married during the comic itself but were already married before the event happened. How did this happen and when? You’ll have to pick up Empyre #5 to see how it happened but it’s a smart way to keep readers guessing. 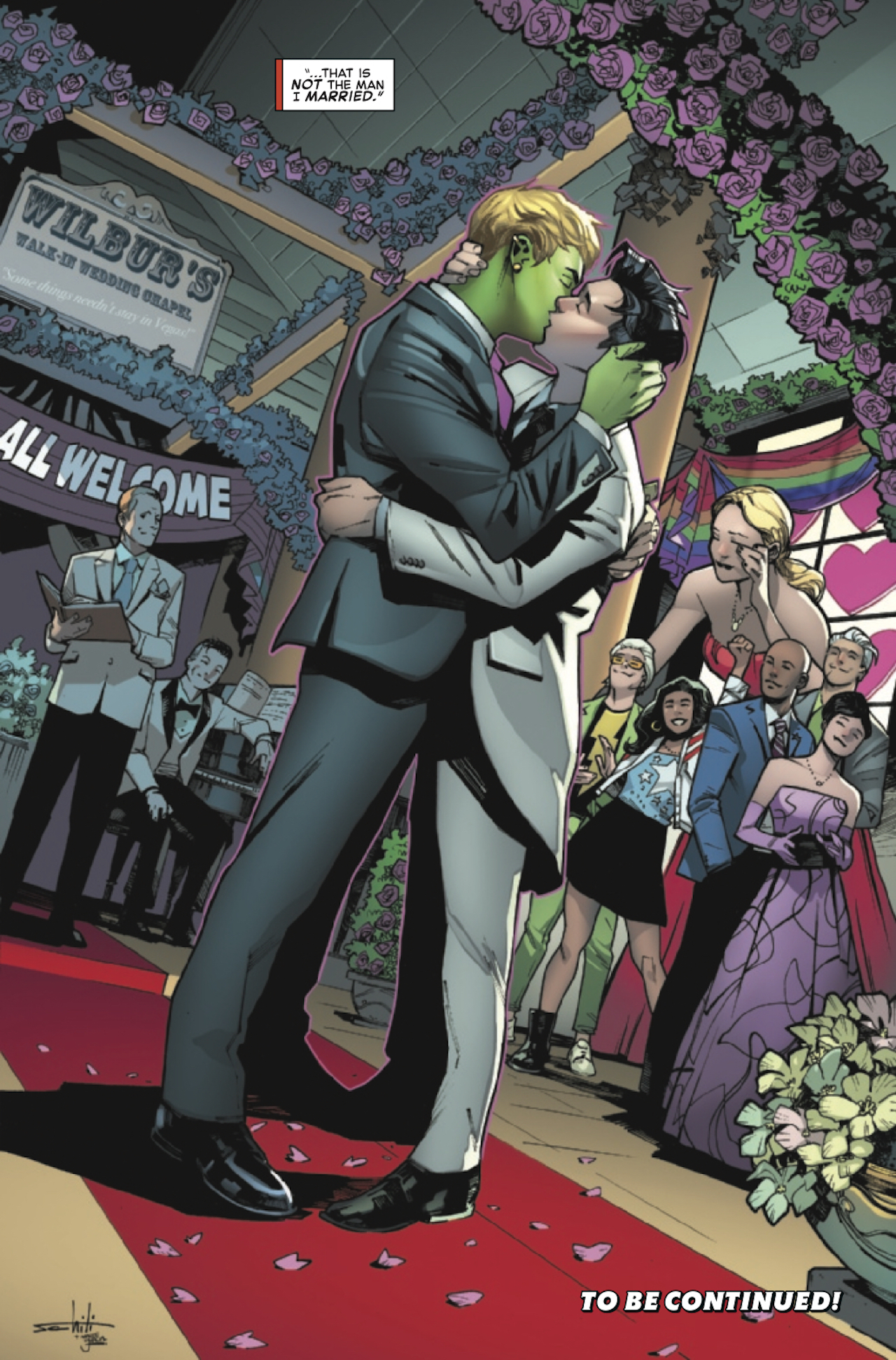 This is the second high-profile gay wedding from Marvel after Astonishing X-Men #50 when Northstar married his long-time non-mutant boyfriend. While it’s not the first Marvel gay wedding, it’s definitely a bit more high profile than the previous one since the Young Avengers are a fan-favorite crew and these two were always the heart of that team.

Interestingly enough, co-writer Al Ewing actually revealed that these two got married during an issue of his New Avengers series. This was when A.I.M. became good and headed their own Avengers team, with Wiccan and Hulkling playing major roles. Nice to see him fulfilling his predictions if anything else.

Considering how Empyre also turned Hulkling heel, it is nice to see all of these surprises. Marvel clearly has big plans for these characters and we’re interested in seeing them play out, especially the heel turn of Hulkling. Empyre #4 is available now, while Empyre #5 comes out next week, on August 12.

Read: Marvel’s Avengers Beta Turns the Tide of Criticism Against the Game