Star Wars: Here's How Han Solo Prevented Kylo Ren From Falling into The Dark Side

Fans were pretty excited when Star Wars: The Age of Resistance - Snoke #1 revealed that Kylo Ren trained with the Supreme Leader in the iconic Dagobah Cave. The one-shot set before The Force Awakens has also revealed something fairly alarming, yet satisfying; Ren destroyed the Dagobah Cave during his training, showing how strong the Dark Side has made him, while also giving him a shot at redemption.

Since the Dagobah Cave shows you your fears, Ren is first haunted by a vision of his former master Luke Skywalker, who states that he doesn’t want to kill him. Ren, still furious after his master tried to kill him for having a bit of darkness in him, slays his former master, albeit in a Dagobah Cave vision. However, the iconic location ends up showing Kylo Ren something he didn’t expect; a vision of his parents. 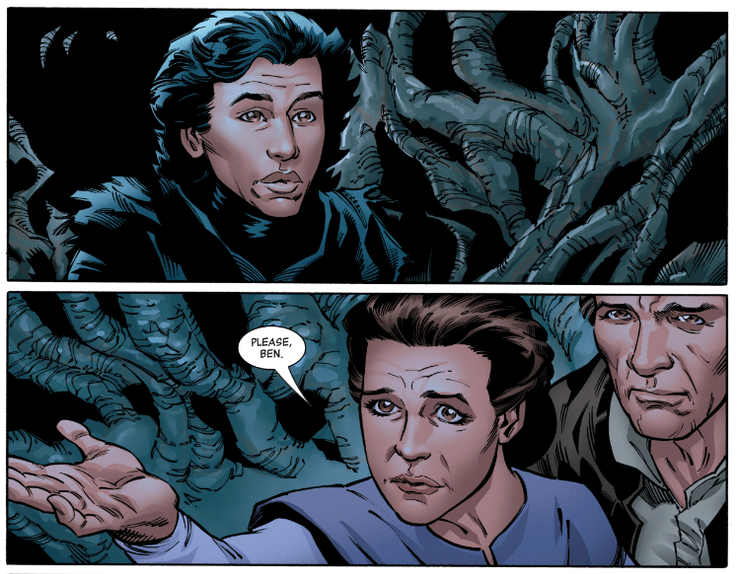 Rather than mock him, his parents actually ask Ren to join them and come back to the light. While Snoke tells him to slay his parents, Kylo Ren decides to do something completely different and destroy the very cave he was in, officially getting rid of an iconic Star Wars location. 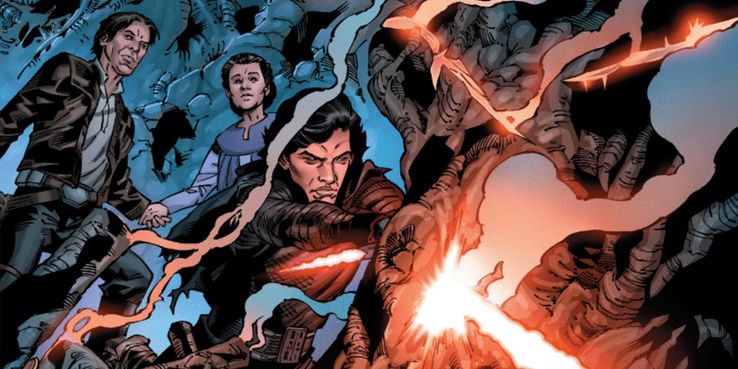 At least we still have the Ach-To sea cave eh?

I do like this scene a lot since it continues to make Kylo Ren the most intriguing villain in Star Wars history. While a part of him longs to be in the Dark Side, even killing his own father to do so, there is something that is calling him to the light. Whether it’s Rey, his mother Leia Organa, or something else entirely, we’ll find out during The Rise of Skywalker.

Star Wars: The Age of Resistance - Snoke #1 is now available in comic book stores. Star Wars: The Rise of Skywalker comes out on December 20.