Dead Man Logan #12 looks to be the end for this version of Wolverine, who we don’t really need since the original 616 Wolverine made his return not too long ago. As the comic’s title implies, it looks like Old Man Logan is actually going to die, making this the end of an era or something like that. Turns out that there is more to the series thank killing Old Man Logan since it’s also the debut of Avengers of the Wasteland.

Announced as a five-issue mini-series, Avengers of the Wasteland will have Luke Cage and Jessica Jones’ daughter, Dani Cage, powered by Mjolnir and a new Hulk in Bruce Banner Jr, along with a new version of Ant-Man. The cover to Avengers of the Wasteland #1 doesn’t have Old Man Logan in it, making many of us think that he will be dying at the end of Dead Man Logan #12.

I mean, it is called Dead Man Logan after all… 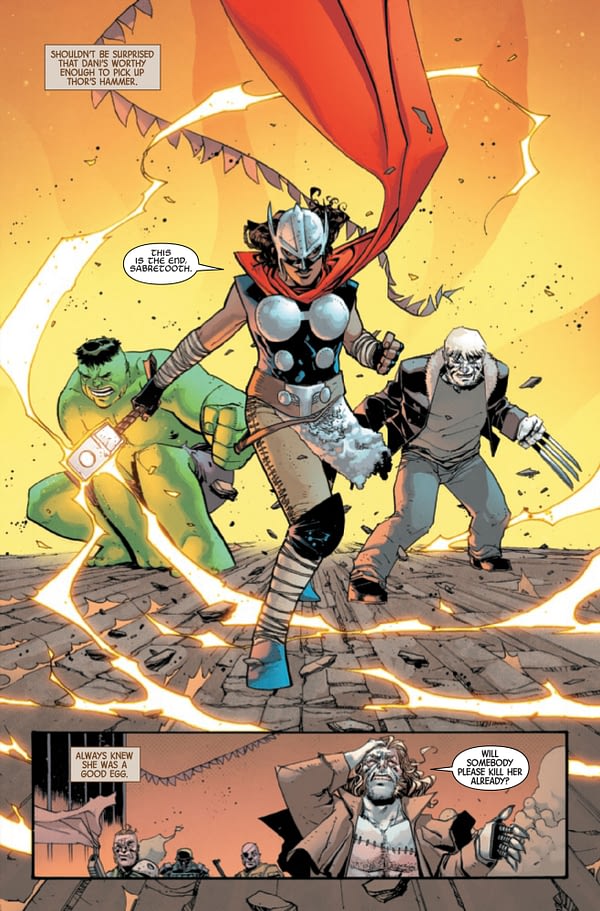 Old Man Logan has been around for a while, making his way to the main Marvel universe via the reality-altering event Secret Wars. From there he appeared in Extraordinary X-Men, X-Men Gold, and his own solo series Old Man Logan, which lasted longer than most of us thought it would.

Goodbye Old Man Logan. We might not need you anymore but there was no doubt that you were in a number of entertaining stories.

Dead Man Logan #12 comes out this Wednesday. Avengers of the Wasteland will debut this January.