When it was announced that Marvel Comics would be getting the license to Conan the Barbarian back, fans were surprised. Dark Horse Comics had been doing a good job with the character so seeing him return to Marvel caught everyone off guard. After the initial shock, fans wondered when we would be seeing new Conan comics and who would be the creative team.

Those questions have been answered, as Marvel has announced that a brand-new Conan the Barbarian #1 will debut in January, with Avengers writer Jason Aaron and X-Men Red artist Mahmud Asrar helming the title. That’s a superstar creative team and shows that Marvel will be taking their acquisition seriously. 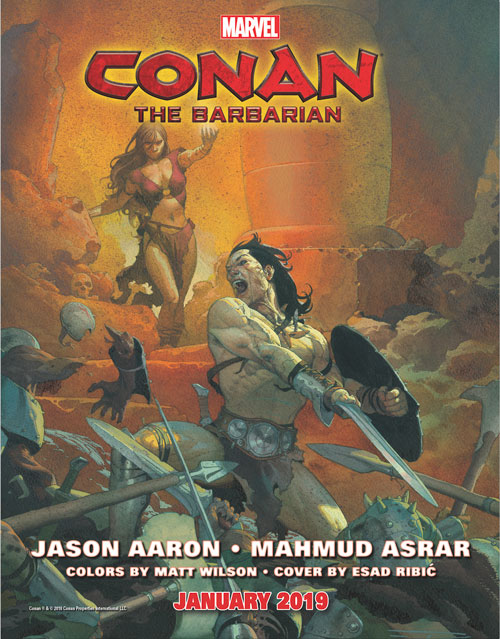 Honestly, having Aaron as the series’ writer is a good fit. The man is no stranger to swords, mystical beasts, or long-haired warriors, as he has written the adventures of Thor - male and female - for seven years. His Weirdworld mini-series in 2015 was arguably closer to Conan than his current Thor work and that was also excellent reading.

Funnily enough, Aaron was also assigned Star Wars when Marvel regained the license for that comic book. It lasted 37 issues and is getting an omnibus soon, something any Star Wars fan would want to own. The man has gained Marvel’s trust and it’s easy to see why.

Conan the Barbarian #1 comes out in January.